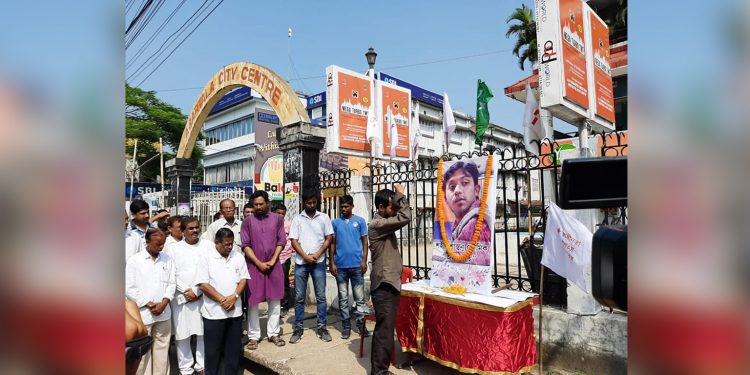 Different organisations and people from various walks of life on Friday came together and paid homage to Santanu Bhowmik on his second death anniversary.

Santanu Bhowmik, a journalist working for a local Tripura news channel, was killed by miscreants on September 20, 2017.

Bhowmik was only 28 when he was allegedly killed by IPFT members in Mandwai while he was covering a road blockade.

Bhowmik had also opened a school in his locality and the students and teachers of the school also remembered the late scribe.

His former colleagues and the entire press fraternity of Tripura remembered the young journalist on his second death anniversary.