The NLFT, in recent times, has suffered massive setbacks as most of its top leaders and cadres either surrendered or were killed by security forces. 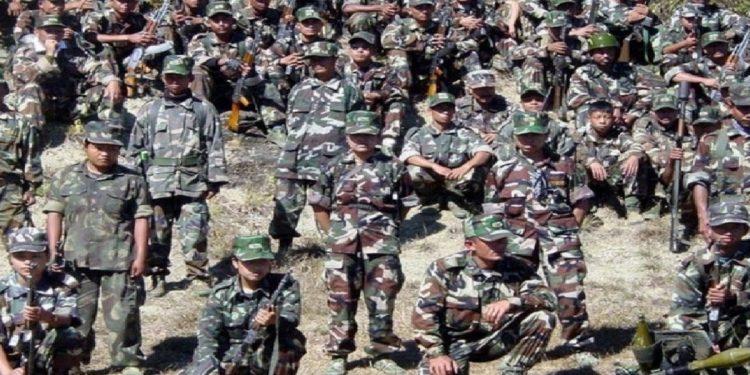 Dreaded insurgent outfit – the National Liberation Front of Tripura (NLFT) – is lying low in Bangladesh and may ramp up its extortion and kidnapping activities in the days ahead.

According to a report prepared by security agencies, the NLFT is facing a major financial crisis and most of its remaining top leaders have taken shelter in Bangladesh, Myanmar and Mizoram.

The NLFT, in recent times, has suffered massive setbacks as most of its top leaders and cadres either surrendered or were killed by security forces.

The report states that top leaders of the NLFT-BM including the outfit’s Secretary General – Utpal Debbarma, Finance Secretary – Sonadhan Debbarma and Youth Affairs Secretary – Sachin Debbarma are in hiding in Bangladesh.

On the other hand, NLFT-BM’s Advisor – Biswa Mohan Debbarma and President – Jacob Hrawngkhal are believed to be in hiding in Mizoram and Myanmar respectively.

The security agencies, in its report, suggested that the outfit may intensify its activities of extortion and kidnappings owing to a financial crisis it is facing.

“They are planning to serve extortion notice through their cadres who have undergone training in the recent past at Nabakchhara, Silchhari and Segunbagan camps in Chittagong Hill Tracts of Bangladesh and came back to Tripura and presently scattered in many areas,” the report says.

NLFT was declared outlawed by the Ministry of Home Affairs (MHA) in 1997 under Unlawful Activities (Prevention) Act and the Prevention of Terrorism Act (POTA).