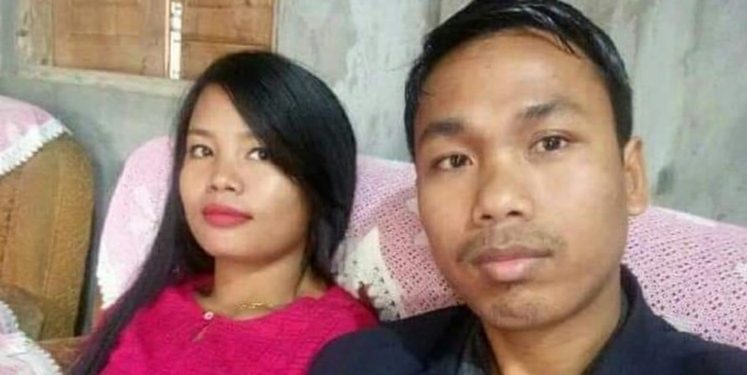 A case was registered at West Agartala Women Police Station on Wednesday night against one Indigenous Peoples Front of Twipra (IPFT) MLA in Tripura for domestic violence.

The MLA Dhananjoy Tripura has been accused of physically assaulting his wife at home.

He is the MLA from Manu constituency of South Tripura.

However, IPFT leaders are tight lipped over the issue.

Meanwhile despite trying repeatedly, the MLA’s phone is found to be showing switched off condition.

A case under section 498(A) and (307) has been registered against MLA Dhananjoy Tripur.

Meanwhile investigation is on into the case.

Sub-inspector Sima Das Chowdhury has been investigating the case.

But considering the profile of the accused person and political sensitivity, police did not want to reveal any details about the progress of investigation.

The involvement of promising young leader into such cases thrice in a year has embarrassed the top leaders of the party.

Dhannanjoy’s wife also alleged that, her husband tried to kill her.

This year in the month of May, his wife who was not married at that time registered a case of rape against Dhananjoy Tripura.

The girl alleged that the IPFT MLA has raped the girl with false promise of marriage.

The MLA had filed for bail in High Court on that occasion but denied the same.

Later in the month of June, he married the girl being bound under law and legal problems.

But soon after marriage, he started to torture her physically.

Though the FIR was registered last night itself, no arrest has been made so far.

The development has once again embarrassed the IPFT top leaders including N C Debbarma, the party president and Mever Kumar Jamatia, second in command of IPFT.