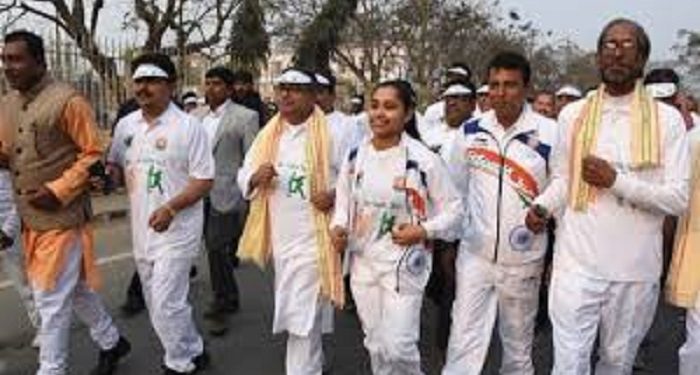 A unique and colourful ‘Run For Tea’ was organized in Tripura on Wednesday.

The run was organized in a bid to promote the State’s tea industry.

Tripura is the second largest tea producing state in the Northeast after Assam.

‘Run For Tea’ is a nationwide initiative adopted by the Tea Board of India in collaboration with states’ tea development authorities across the country to boost tea awareness among masses.

Earlier, similar initiatives were held at Silchar in southern Assam and Nilgiri in western Tamil Nadu.

Tripura Tea Development Corporation (TTDC) chairman Santosh Saha on the occasion informed that an international buyers-sellers’ meet has been planned at Hapania international fair ground in February end to promote tea as well.

While the tea industry in Tripura is over 104 years old, it mainly produces CTC variety of tea, he said.

He further added that Tripura in recent years has created a niche for its own products with stress on organic tea, green tea, white tea and other brands of exotic teas.

The ‘Run for Tea’ was flagged off by Tripura law and education minister Ratan Lal Nath.