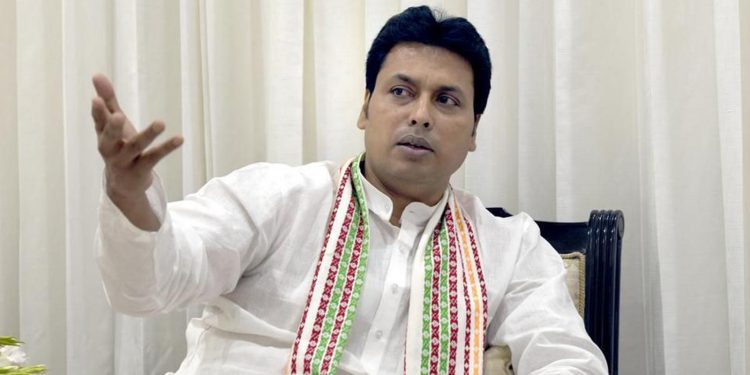 The BJP-led government in Tripura has taken a decision to reopen all the political murder cases that took place during the 35 years of Left regime in the State.

According to state BJP sources, the plan came from chief minister Biplab Deb himself.

Biplab has given charge to law minister Ratan Lal Nath to make a list of political murders which took place during the left regime in Tripura.

Government will not only open the political murder cases but also help the victim families, party sources claimed.

The State Government is planning to give a government job to those families who lost their family members in political conflict.

Another source revealed the government is also planning to give some financial assistance to those families instead of government job.

Law minister Ratan Lal Nath said it is very much true that political murders took place during the Left Front government in Tripura.

He said during the last three years of Left regime in Tripura, 10 BJP supporters and workers were killed.

The law minister also said even MLAs were killed during Left Front government.

He alleged several opposition party workers and supporters and leaders were killed during the Left regime and the government is planning to help those families.

He also said the maximum victims may be from the Congress side.