Currently, she is undergoing treatment and doctors say her condition is critical 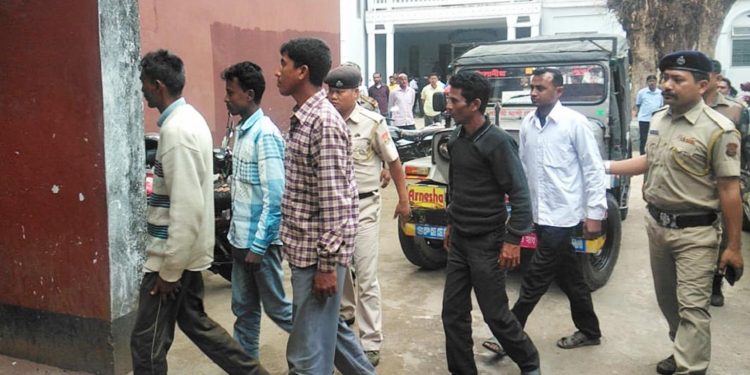 Five men on Friday were sent to 14-day police custody by a local court of Belonia in South Tripura district for torturing a middle-age woman in Tripura.

The men were arrested on Wednesday from Rajnagar area of South Tripura district.

“We received information that a middle-aged lady was being tortured mentally and physically by five men since Tuesday,” the police said.

“When we reached the village we found that the lady was tied by a pole in a temple,” the police added.

The rescue operation was carried out on Wednesday.

As per reports, the accused entered the victim’s house forcibly and asked her to accompany them to a nearby security camp and marry one of her male relatives staying at her place.

They alleged that the lady was having an illicit affair with the male relative.

“These are baseless allegations. And when I refused to accompany them to the camp, the men beat me and took me with them,” the victim said.

“They not only tortured me mentally but also molested me repeatedly,” the victim added.

The victim further said that a dog was let loose on her and the men even hit her on her private parts.

Currently, she is undergoing treatment and doctors say her condition is critical.