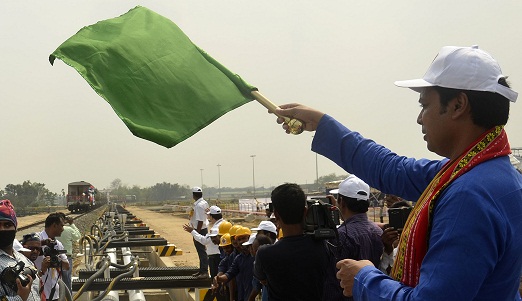 It is for the first time in Tripura that a rail tank wagon will directly unload oil at the depot.

The construction work was given to Blue Star Engineering Construction, Haldia. They began the work in July 2017 and finished the work before the deadline.

An amount of Rs 24 crore has been spent for the entire construction. Altogether 25 tanks have arrived which can accommodate a total of 17,60,000 liters of oil. A stock of petrol for three months can be stored here.

Addressing the inaugural ceremony CM Biplab Deb said due to the misrule of the previous government the people of Tripura had to face petrol and diesel crisis but with the formation of the new government the problem will get solved.