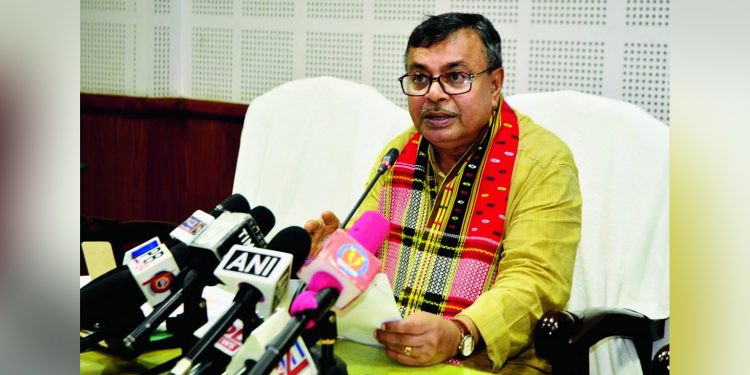 The Tripura cabinet on Tuesday made a historical decision by approving the Appointment on Promotion Policy 2021 purely on an ad-hoc basis for a large number of government employees.

Cabinet spokesperson and Tripura law minister Ratan Lal Nath said, “Tripura’s council of ministers on Tuesday approved ‘Appointment on Promotion’ on an ad-hoc basis as a one-time measure for the state government employees due to pending finalization of Special Leave Petition (SLP) in the Supreme Court of India”.

Appointment on Promotions may be allowed purely on ad-hoc basis subject to the final outcome of the SLP pending before the Supreme Court of India.

“Ad-hoc appointment on promotion shall be considered keeping in view of the latest available seniority list of the feeder post/grade subject to the condition that he/she is suitable and eligible for the promotion,” Nath said.

The law minister said the employees are soldiers of the state government, without who it is impossible to achieve vision of ‘Ek Tripura Shrestha Tripura’.

Meanwhile, the Tripura chief secretary Kumar Alok directed all the secretaries of different departments to furnish the list of employees to be promoted.