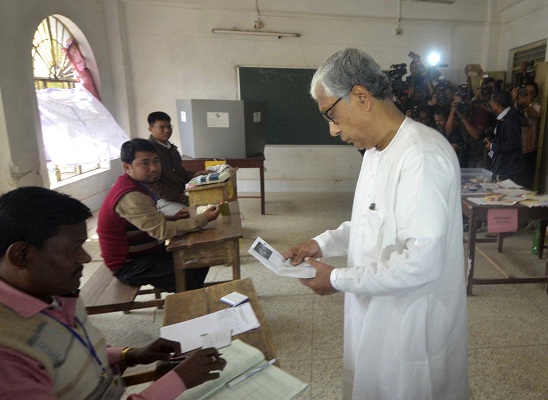 The incident took place in remote Gandhacherra under Dhalai district.

Several BJP supporters raised slogans against the former chief minister and stopped the car he was traveling in. They prevented him from entering the Gandhacherra bungalow.

Large number of police personnel and the personal security of Manik Sarkar who is now the Opposition leader guarded his car.

After waiting for more than 30 minutes Sarkar left the area.