All our MLAs are with us: Tripura BJP president Manik Saha 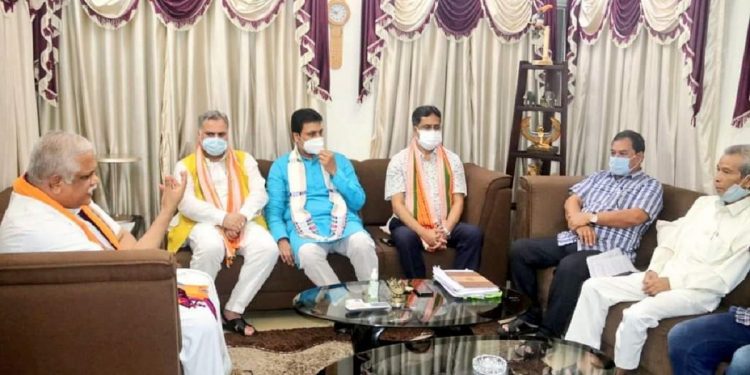 The Tripura BJP has rubbished reports that many of its state party leaders including several top MLAs are mulling to join the Trinamool Congress (TMC).

“All our MLAs are with us,” Tripura BJP president Manik Saha said.

Manik Saha said that all is well within the saffron party in the State.

However, he said that any differences among the leaders would be ironed out through discussion, thus confirming the speculated rift within the BJP ranks in Tripura.

“Differences emerge in a family. These will be sorted out through discussions,” Tripura BJP president Manik Saha said.

Also read: Tripura: Kokborok to be official language of TTAADC

Amid widespread speculations of several top ‘dissident’ BJP leaders in Tripura all set to jump ship and join the Mamata Banerjee-led Trinamool Congress (TMC), the saffron party’s senior central leaders are camping in Agartala, trying to resolve differences among the party’s state leaders.

The three BJP central leaders on Wednesday held discussions with all the top party leaders in the State including MPs and MLAs and all the State ministers.

Meanwhile, sources within the BJP claim that senior party leader and MLA Sudip Roy Barman was offered a cabinet berth, which Barman refused to accept.

This visit of the central BJP leaders was necessitated following speculations flying thick and fast that many of the saffron party MLAs are all set to join the Trinamool Congress (TMC).

On the other hand, Tripura TMC president Ashish Lal Singh had claimed that several top-level BJP leaders in Tripura are in talks with the TMC leadership “to oust Biplab Kumar Deb led corrupt and vindictive government from power”.