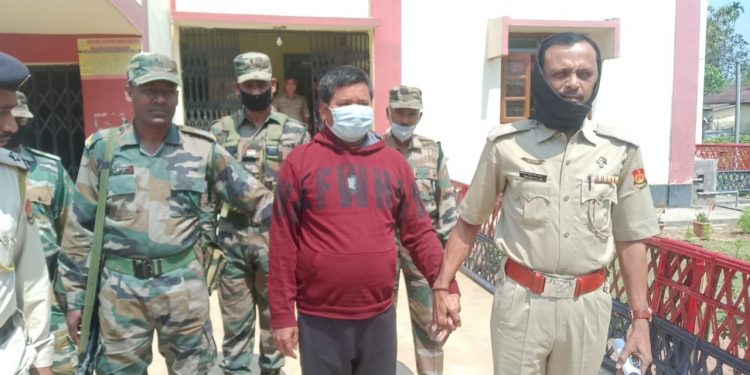 He was produced in the local court in Kanchanpur sub-division today, which remanded him to 14 days in police custody.

The Mizoram police had picked him up from Aizawl on March 12 after receiving information from Tripura police.

Debbarma, who was brought to Tripura in a transit remand, said that he had surrendered in 2014.

He had demanded Rs 15 lakhs from a contractor of Kanchanpur, following which a case was registered against him in Khedachera Police station in the North Tripura district.

Debbarma was earlier a member of the NLFT (BM) group. After surrendering in 2014, he lived in the state for two years.

In 2017, he fled to Bangladesh to form, a separate faction of NLFT.

Police sources said that NLFT faction led by Debbarma said was very enthusiastic about the upcoming ADC elections in Tripura and was in contact with many leaders of a national political party.

These leaders will be interrogated, said police sources.