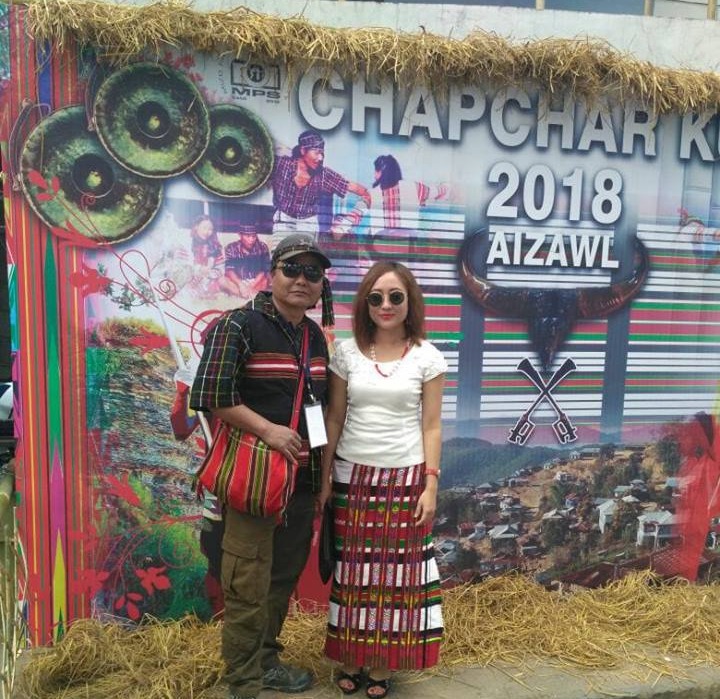 The most popular spring festival of Mizos, “Chapchar Kut” is celebrated in Mizoram every year in March.

Mizos in Tripura with financial and logistical support from the Tripura government’s Tourism and Tribal Welfare Departments are organising the day-long festival in northern Tripura’s Jampui hills.

Tripura wing of the Young Mizo Association (YMA) is also the key partner of the colourful festival.

The mega “Chapchar Kut” festival is being held in Tripura to promote the ethnic and cultural unity among the two neighbouring northeastern states, said an officail.

Thousands of people, comprising tribals and non-tribals, took part in the carnival, where Mizo youths and girls displayed their artistic skills and traditions.

The gaiety and fervour of “Chapchar Kut”, the biggest among the festival of Mizos and Mizoram, shines through with plenty of mass dancing and music to keep everyone in good spirits.

“Chapchar Kut” is a spring festival celebrated usually in March after completion of most arduous task of “Jhum” farming (slash and burn method of cultivation).