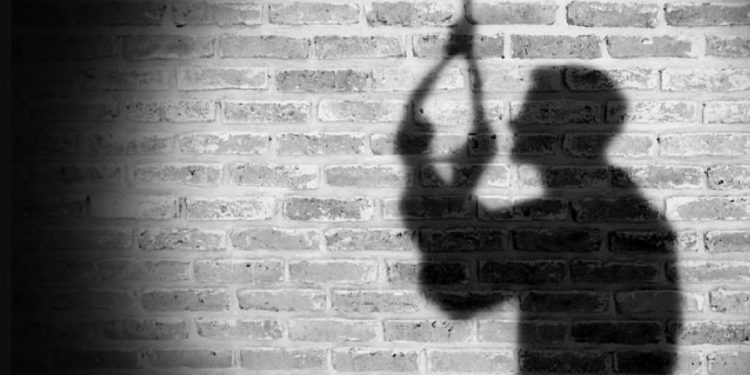 A man has committed suicide by hanging at Dakshin Bazar of Teliamura in Tripura’s Khowai district.

The victim, Biswajit Barman was a fish trader and resided with his family at Dakshin Bazar.

However, the cause of his suicide is still unknown.

According to sources, Biswajit hanged himself when his wife’s birthday party was underway at his residence on Friday.

Family sources revealed that Biswajit took part in the merry-making with other family members during the birthday party on Friday night.

He suddenly hung himself, avoiding the attention of his family members who were busy in the party.

When they discovered him, they rushed him to the Teliamura sub-divisional hospital.

The doctor on duty at the hospital declared him dead.

The body was handed over to his family on Saturday morning after an autopsy had been conducted.

The autopsy report is still awaited.

The police have registered a case of unnatural death in the Teliamura Police Station and further investigations are on.