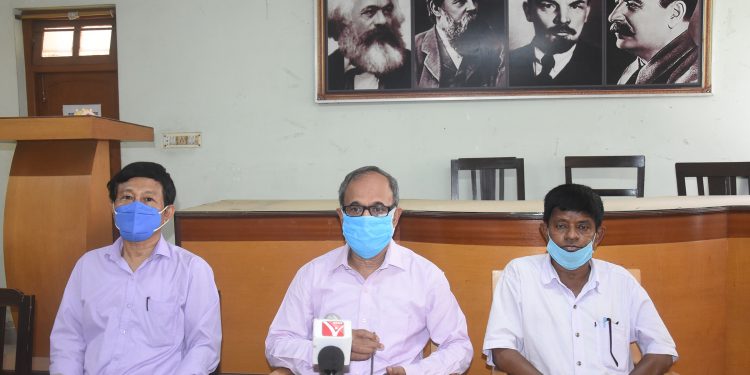 The CPI(M)’s West Tripura district committee on Saturday alleged that BJP-backed miscreants ransacked and partially damaged 23 houses of their party workers at Mohanpur sub-division in the district.

The district committee alleged that the miscreants were close associates of local MLA and state  education minister Ratan Lal Nath.

“Some of our CPI(M) workers had even been threatened at gunpoint. The houses of those workers were ransacked who were involved in social activities like sanitation, distribution of relief among poor, and other regular party programmes ,” said Das.

“Law minister Ratan Lal Nath claimed that Tripura’s law and order situation has improved. However, such incidents in his home constituency punctured the image he wanted to build,” Das said.

The miscreants reportedly threatened the CPI(M) workers of dire consequences if they do support the BJP in coming days and directed them not to distribute any relief material  among the poor people amidst the Covid-19 pandemic.

Das also said that the police were inactive in the face of the immense political pressure and they had no other way, but to remain silent spectators.

The CPIM also informed the matter to the West District superintendent of police.

On the other hand,  the district committee also claimed that 50 TIPRA Motha activists went to the house of CPI(M) Takarjala local committee secretary Gopal Debbarma and Tripura Tribal Youth Federation sub-divisional secretary Benilal Debbarma and demanded that they join the newly elected ruling party in TTAADC.