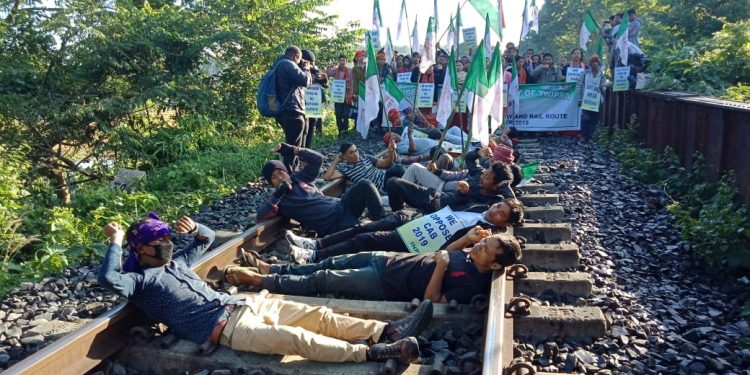 From Thursday morning they blocked the national highway at Khamting Bari area.

INPT supporters sat on the railway tracks with flags and banners.

INPT is an indigenous tribal party of Tripura and one of the oldest regional parties of the Northeast.

Security has been beefed up along the national highways and railway in view of the 12-hour blockade called by INPT in protest against CAB.

The blockade started from 6 am in the morning.

Meanwhile, all the morning trains have been cancelled.

The vehicle movement was also restricted by INPT supporters along Assam-Agartala national highway.

Jagadish Debbarma, INPT general secretary said, “The Union Cabinet passed the proposed CAB. But from long time the political parties of the Northeast have been protesting against CAB.”

“We are again appealing to the government not to pass this bill in Parliament as it will create troubles for the indigenous people,” he added.