Tripura: INPT rail and road blockade on Dec 5 against CAB 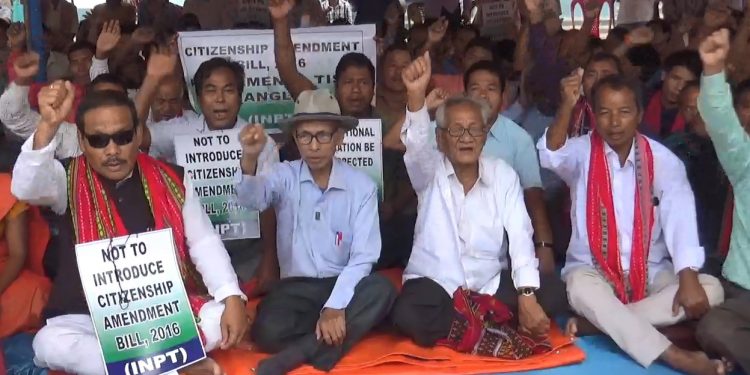 INPT general secretary Jagadish Debbarma said they will block railway line and national highway on December 5 to protest against CAB.

It is notable that INPT is a regional and tribal based party of Tripura and they are protesting CAB from last year.

He said, the Northeast and especially Tripura is over-burdened with illegal migrants.

Lakhs of people entered Tripura from Bangladesh after the partition.

The process is still going on.

Jagadish Debbarma said the indigenous people have become minority in their own land.

According to Debbarma, the CAB which the present Central Government is trying to pass in the Parliament will create troubles for the State again.

The indigenous people will be more marginalized in Tripura if CAB is implemented, he said.

He said the BJP promised for cratering jobs.

But instead of creating jobs they are interested to implement CAB, he added.