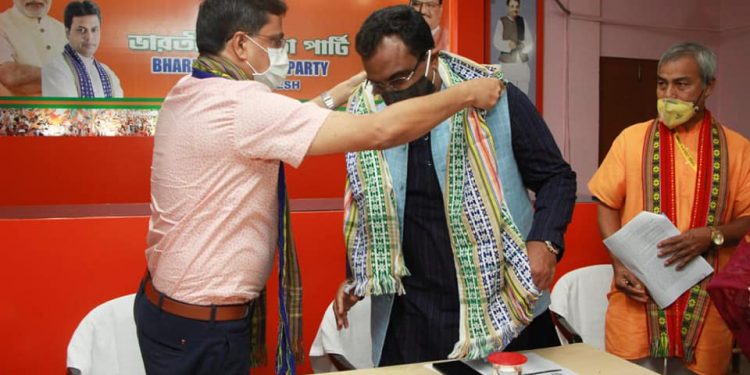 According to party sources, he has come ahead of the ADC elections.

After arriving in Agartala, Ram Madhav went to Udaipur to worship Mata Tripureswari.

Ram Madhav held a meeting at BJP headquarters later in the evening in the presence of Tripura BJP president Dr Manik Saha and other leaders.

On being asked by media, Ram Madhav informed that as lockdown is over, thus BJP has started works in the unlock period.

Ram Madhav told that, IPFT is the alliance partner with BJP in Tripura.

There is no dispute in the coalition.

It is notable that, there are serious of clash between BJP and IPFT in recent times in the State.

Madhav also hinted that after the pandemic situation is over, there might be a reshuffle in the Cabinet, which will be announced by chief minister Biplab Deb.