Finally, the first Covid19 victim of Tripura was cremated in Battal Crematorium on Wednesday evening.

But it took long 24 hours to convince the local people of Battala and neighbouring areas.

One Covid19 positive patient died at 3 pm on Tuesday at GBP hospital in Agartala.

The district administration tried to cremate the body of the victim at Battala Crematorium on Tuesday night.

But the local people did not allow the body to be cremated in the crematorium.

The Agartala Municipal Corporation initiated the process to cremate the body at Battala Crematorium after 4 hours of the person’s death as per the health protocols.

But, what left the entire administration helpless was the sudden resistance they faced from the locals of Dahsmighat, Joy Nagar, Battala market and other areas.

People in large numbers, including women, came out to the streets and put up barricades to prevent the body from entering the crematorium.

The locals claimed that the body would pose a bigger threat to their locality.

The administration tried to convince them but failed on Tuesday. 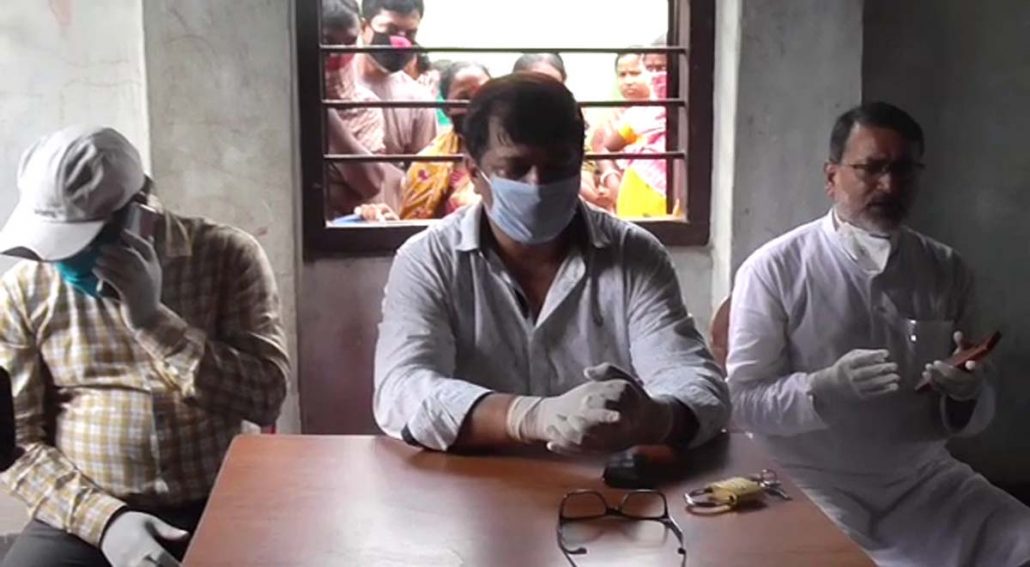 They told the people that the cremation would not spread COVID19 to their areas.

After many attempts to convince the people, the COVID19 victim’s body was finally cremated in the presence of police and other security personnel as per Hindu rituals.

On being asked by media persons, MLA Sudip Barman said the locals had a misconception that from the body’s smoke, coronavirus may spread but he did his best to break the misconception.

It was only in the afternoon that the cremation process could be started at Battala Crematorium.