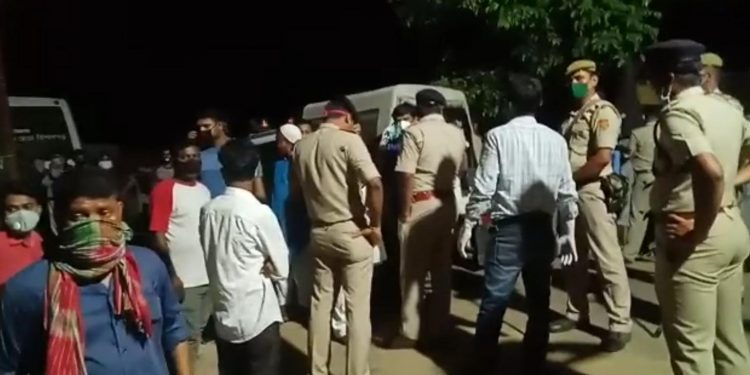 Residents of Ramnagar area in Agartala did not allow the cremation of the lady who committed suicide at GBP Hospital as she was declared COVID-19 positive after death.

“Her swab samples were collected on Monday afternoon and her body was discovered from a lavatory on Tuesday,” Nath informed.

“Swab test reports that came after her death stated she was COVID-19 positive,” he further informed.

The minister further informed that she would be buried at the Ramnagar graveyard.

Accordingly, the body of the deceased was taken to the Ramnagar crematory, accompanied by Agartala Municipality staff and Sub-divisional District Magistrate.

The residents, however, restricted their entry and blockade the road and said they will not allow the cremation of any COVID-19 patient in their area.

A heated argument followed this and the government officials were later forced to leave the area.

The body was later taken to Matinagar crematory in Amtali area and the cremation was completed at around 3 am.

There was opposition from the residents of Amtali area as well, however, the government officials somehow managed to convince the people to allow them to go ahead with the cremation process.