Tripurainfoway.com publisher Saumen Sarkar has alleged that the state's BJP government has unleashed a campaign of intimidation to gag his media outlet 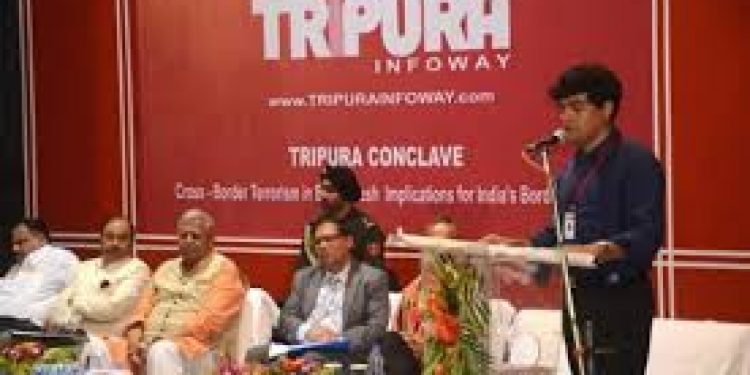 Tripurainfoway.com publisher Saumen Sarkar has alleged that the state’s BJP government has unleashed a campaign of intimidation to gag his media outlet.

The website, started five years ago by the US-based techie Saumen Sarkar, has been at the forefront of exposing corruption and nepotism both during the Left Front government and now during the BJP-led coalition government in Tripura.

“It had become practically impossible for journalists in Tripura to expose wrongdoing because they are harassed and meted out life threats.  They cannot take such threats lightly after a journalist was killed by police in broad daylight sometime ago,” Saumen Sarkar told Northeast Now.

Sarkar, who hails from Tripura and is now a vice-president in Bank of America, has also been the patron for the signature thought-and-ideas policy dialogue Tripura Conclave.

www.tripurainfoway.com has been a non-profit USA based website focused on Tripura which does not accept advertisements.

“I run it of my own earnings in US to establish a robust media culture in my state of origin . But the government is trying hard to stop my website,” says Sarkar.

He alleged that the government has instituted a series of false cases against the website and even harassed his old father and mother who live in Agartala.

“Our lawyer has served a notice to police to protect my parents and prevent them from regular harassment ,” Sarkar said.

“But I will continue to expose corruption and wrongdoing now as I have done in the past when there was a different government in Tripura,” said Sarkar.

The state government however denied Sarkar’s charges and said some cases have been filed because reports carried in the website were “downright defamatory and baseless.”

A government spokesman said the website reports were “highly opinionated and not based on facts. ”

The BJP state government came under a cloud when it stopped the publication of the CPM mouthpiece Daily Desher Katha on Oct 1 this year following an order of the district magistrate of West Tripura district Sandip N. Mahatme.

A preliminary investigation conducted by the district magistrate into a complaint allegedly for violating the Press and Registration of Books Act, had reportedly found “substance” in the complaint and a hearing process was initiated and the publication was stopped from October 1 last.

The newspaper filed a writ petition in the Tripura high court and the court in its order on Wednesday stayed the deregistration of Daily Desher Katha and paved the way for the Bengali daily to resume publication.