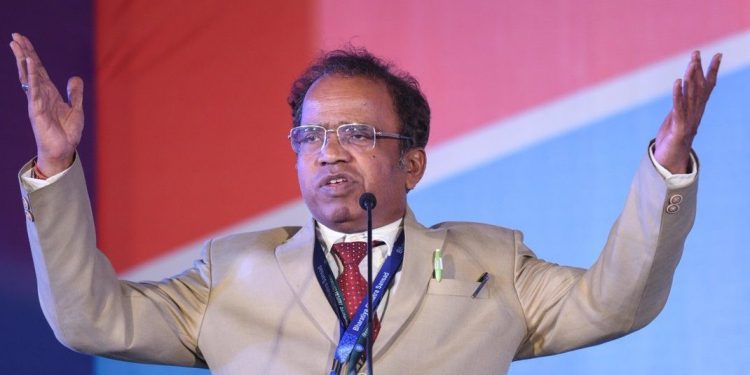 A day after Tripura University vice chancellor Vijaykumar Laxmikantrao Dharurkar caught in a video accepting bribe, which was aired on a local TV channel, the Tripura state committee of the NSUI has demanded his immediate arrest.

The videos were shot in the office chamber of the vice chancellor and at the private residence of Surendra Sethia, the representative of the printing firm, in Kolkata.

The VC Dharurkar was allegedly demanding 10% of the nearly Rs 60 lakh worth printing work order.

Demanding immediate arrest of the VC, NSUI state president Rakesh Das on Friday said that the act of the vice chancellor has tarnished the image of Tripura University.

Taking a swipe at Dharurkar, Das said that if the authorities don’t take action against the VC and police don’t arrest him within 48 hours, the NSUI will launch massive agitation across the state.

He was earlier the head of the department of Journalism and Mass Communication at Marathwada University.

VC Dharurkar landed into another controversy in July this year, after he had hoisted a flag of the Akhil Bharatiya Vidyarthi Parishad (ABVP) at a campus event organised by the right-wing student body.