Tripura to vote against ‘jumla’ of Modi and Biplab: Cong candidate Bhowmik 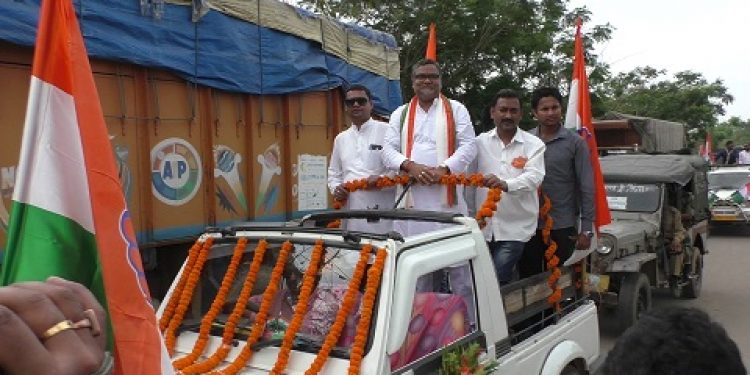 As the date for the first phase of the parliamentary election is approaching and during which the polling of the West Tripura seat is taking place along with the ruling party the Congress is also gearing up with its campaigning.

Subal Bhowmik, the Congress candidate for West Tripura seat on Thursday took part in a bike and car rally in capital Agartala as part of a roadshow campaign.

Bowmik, who only recently had quit the BJP party as vice president and joined his old party Congress said, “This is a different election and unlike other general election in Tripura people are also giving importance to the local issues because in one year of BJP rule in Tripura people are fed up and are going to cast their vote against this misrule.”

Expressing that INC will be victorious in both the seats the Congress candidate said, “After long 30 years, Congress will again be winning both the seats and it was Santosh Mohan Deb and Maharani Bibhu Kumari Devi, both from Congress who had together won on that occasion. Now again this time it will be repeated because we have faith in the people of the State because Biplab Deb is just repeating the ‘jumla’ what Narendra Modi had done. People are in the roads agitating again this government.”

The road show started from Chandrapur under Khayerpur constituency and went through two other Assembly seats – Majlishpur and Mandai.