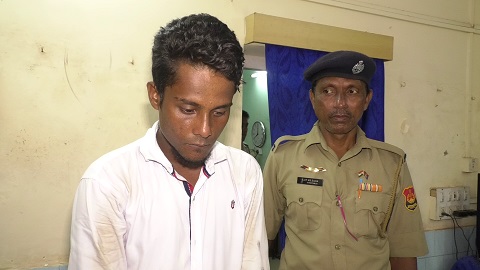 In yet another success in its fight against drugs, the Tripura Police have seized brown sugar and arrested one drug peddler in capital Agartala on Tuesday.

Debasish Saha, office-in-charge of East Agartala police station said, “Today at about 3.30 pm under the direct supervision of the SDPO (sub-divisional police officer) Sadar, the East Agartala police conducted an anti-drug raid in and around the Vivekananda stadium and recovered 50 plastic vessels containing suspected brown sugar and arrested one Basudeb Debbarma.”

He added that the police also recovered some objectionable items and some currency including US dollars and the matter is under investigation.

Based on specific information, the East Agartala Police raided the area and recovered the suspected drug which will finally be ascertained only after FSL examination.

During the last three month after the new government has decided to make Tripura drugs free, the state police and BSF have been proactive in anti-narcotics operations and recovered a large quantity of narcotic drugs including Yuba tablets.