The condition of indigenous people (tribals) in the state is fast worsening, says Jagadhish Debbarma 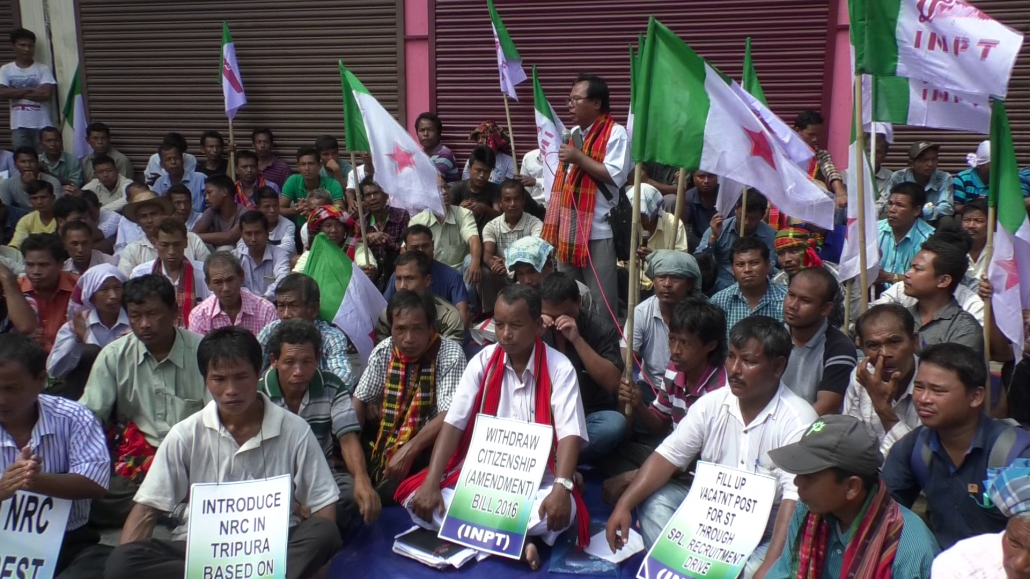 The Indigenous Nationalist Party of Tripura (INPT) on Tuesday organised a mega rally at Khumulwng in Tripura demanding implementation of the National Register of Citizens (NRC) in the state.

Addressing the rally, INPT general secretary Jagadhish Debbarma said, “We would continue to fight to introduce the NRC in Tripura and to give more power to the TTAADC.”

Khumulwng is 25-km north of the state capital Agartala.

Debbarma said all the leaders and cadres of the INPT’s three frontal organisations – youth wing, women unit and employees body – have also taken part in the gigantic rally.

“The condition of indigenous people (tribals) in the state is fast worsening because of the anti-people policies, programmes and mis-governance of the BJP led government,” INPT president Bijoy Kumar Hrangkhawl said.

The INPT leaders said their other demands, include, introduction of inner line permit system, inclusion of tribal “Kokborok” language in the 8th Schedule of the constitution, and economic empowerment of the backward tribals.

Debbarma claimed that the reduction of the state’s indigenous people to minority status because of infiltration from across the border, which has sounded the “death knell” of the tribals as everything in the state was being controlled by infiltrators.

The INPT has been opposing the contentious Citizenship (Amendment) Bill, which, according to the party, would further encourage illegal influx into Tripura from Bangladesh, creating a serious crisis of existence for the tribals.

In October 2018, INPT had filed a petition in the Supreme Court seeking introduction of the NRC in Tripura.

Debbarma said that following the petition, the apex court issued notices to the Central and state governments, which are yet to file their replies.