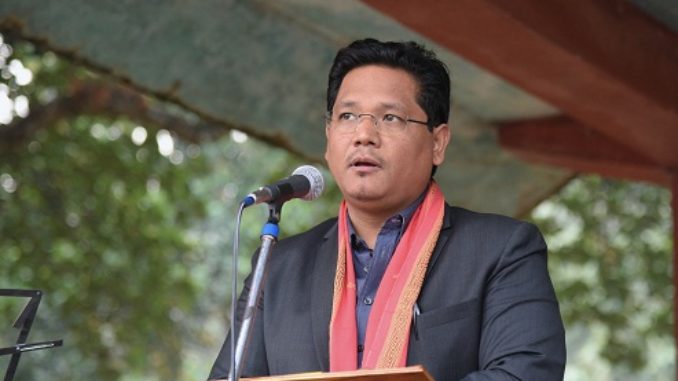 The Association of Meghalaya Traders and Transporters has petitioned to Meghalaya Chief Minister, Conrad K. Sangma asking the State Government to recall the Meghalaya State policy for weighbridges, 2018 as it is contrary to the Supreme Court.

The Association instead asked the Meghalaya Government to find long-term solution by setting up integrated check post, and refrain from going back to old days of “rampant checking and extortion” on highways.

In a statement issued on Sunday evening, president of the Association, Enrico D. Passi said that the State Government’s integrated check gate policy of 2010 was framed by keeping in mind the public interest to stop illegal extortion and ban stand alone weighbridges all over the State.

“The Supreme Court has upheld the policy and set aside the effort by the private weighbridge operators to get their weighbridges renewed. The judgment and order passed by the Supreme Court also carries directions on how to set up integrated check posts in Meghalaya,” Passi said, while pointing out that extortion on highways by various agencies in Meghalaya is not a new one, and several petitions have been filed before the Gauhati High Court few years ago.

“The State Government in 2010 upon realizing the severity of its ultimate effect on the life of general public has decided to call it a day and banned all such activities in Meghalaya. Only in Meghalaya such system of multiple weighbridges and checking exist,” he said and expressed surprise at the move of the State Government to allow the check posts to be run by private parties.

Passi said, “Such a move is nothing but a mean for reversal of the situation to the back old days of prevalent highway extortion once there are multiple check stations along the highway.”

The Association urged the chief minister to recall such an “errant policy” and promote stress free highways with fewer check stations for cheaper cost of transportation of goods across Meghalaya.

“The government should go for a solution which will be long term and refrain from reverting back to the old days of rampant checking and extortion on the highways.The integrated check post being the Government establishment, should not be run by private parties. The government should either buy land for that purpose, or take private land on long term lease basis for setting up of integrated check posts,” the Association demanded.

Passi said that Government check posts are its main revenue generation centres and it should finance for the construction and setting up of these centres by itself instead of engaging private parties.

“Once construction of ICPs are completed, the Government should man and run them and should not allow private parties to run. At present all individual department’s check posts are manned and run by Government officials including those of the transport department. The government should not give lame excuses that it has no man power to man the integrated check posts,” Passi argued.

“Detailed plan and estimates should be made by the Government which will cover all the Cost of ICP on unit wise basis,” the Association stated.

The Association also asked the Government to speed up the installation of ICP and come up with the Proper Meghalaya Regulation and Installation of Integrated Checkpost Rule in 2018 or 2019.