We are going to rationalise the fares and freight rates: Railway Board chairman Yadav 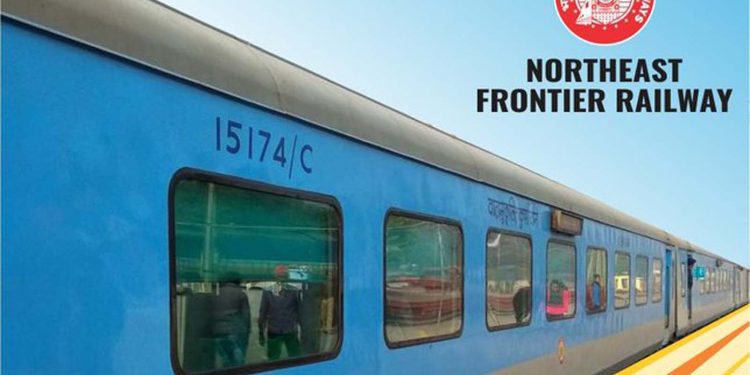 The railway passengers of the country including those from the Northeast may be hit as the Indian Railways may hike passenger fares to overcome the financial crisis.

Hinting at possible fare hike, Railway Board chairman VK Yadav on Thursday said the railways is in the process of “rationalizing” its passengers and freight fares.

Yadav, however, refused to say if the prices will be increased.

Meanwhile, media reports quoted officials as saying that while increasing freight is the only major solution to overcome the financial crisis, in the current situation there is little room for it.

So, raising passenger fares is the only immediate option before the railways, the officials said.

A media report quoted a railway spokesman as saying: “There are no proposals to raise prices. Rationalization of fare is being considered, which does not mean that prices will go up, but could also go down.”

A media report quoted VK Yadav as saying: “We are going to rationalise the fares and freight rates. Something is being thought about. I cannot divulge more, this is a sensitive subject.”

“While the freight fares are already high, our target is to draw more traffic from road to railways in this regard,” he said.

Another media report said passenger fares may be increased up to 40 paise per kilometre soon to tide over the financial crisis.

On November 27, the Prime Minister’s Office for the first time asked the railways to ‘explore the possibilities of the planned increase in passenger fares’ and ‘to raise public awareness of the need for rationalization’.

During a meeting of transport infrastructure ministers led by Prime Minister Modi on October 23, the financial viability of the railways was discussed.

Yadav said although the estimated expenses, including the pension of 13 lakh employees, are Rs. 2.18 crore, the railways earn about Rs. 2 crore while almost 25 per cent of the income goes out in the name of pension.

The railway board chairman additionally referred to limitations, which have a direct effect on freight movement.

“We have identified 58 projects that will be necessary to increase freight traffic and can be completed with an investment of Rs 8,000 crore only,” said Yadav.

It has been reported that the Indian Railway has been hit hard by the economic slowdown, with the earnings of the national transporter suffering a dip of Rs 155 crore and Rs 3,901 crore in passenger and freight fares respectively in the second quarter of the current fiscal.