Even after signing of the Framework Agreement between the Centre and NSCN (I-M), the issue has not come to a conclusion, says Zeliang 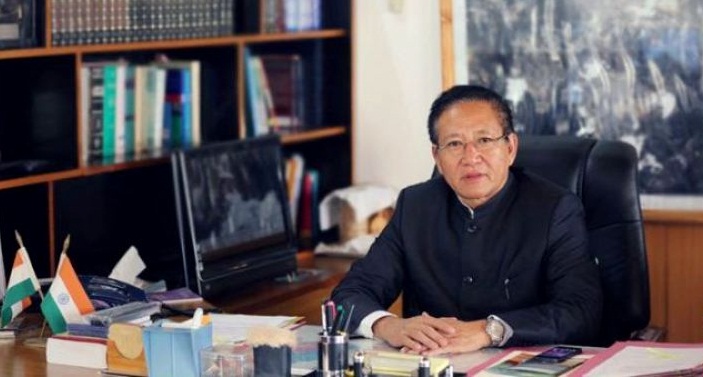 Zeliang on Friday said the “undue delay” in arriving at a final settlement to the Naga problem is “disheartening” despite signing of the ceasefire agreement between the Centre and the NSCN (I-M) in 1997 and holding of several rounds of peace talks in the last 21 years.

Even after signing of the Framework Agreement between the Centre and the NSCN (I-M), which is now joined by seven Naga national political groups, the issue has not come to a conclusion, Zeliang lamented.

He was speaking as the special guest on the third day of the 28th general conference of the Naga Students Federation (NSF) at Bhandari in Wokha.

The former chief minister lauded the NSF for keeping the Naga people emotionally and socially integrated.

He hoped that the students’ body will not shy away from the Naga political issue which alone, according to him, will decide the destiny of the Nagas.

Calling the Citizenship Amendment Bill an important issue for the Naga people in particular and the indigenous people of the Northeast India in general, Zeliang asked the NSF take the lead in raising such an issue and continue to fight against it till the last.

But this mission cannot be successful unless the Naga youth are trained in skill development and they start working with dignity of labour from the grassroots level to the corporate level.

He termed the topic of the brainstorming session of the conference “The Naga Journey – Hope & Challenges” interesting.

He said the Naga people have travelled a long journey of freedom movement and struggled for more than 70 years.

Zeliang said he shared the Naga political issue with the young people as they can shape the future of the Naga people.

He asked the youth to join him on Facebook or Instagram to interact on the issue as he could not share his views at length in the programme.

Cautioning the youth and the student community from being dragged into “politically stage-managed turmoil situation”, the Opposition leader asked the NSF to keep a watch and cross check any given situation before their participation on any issue to avoid any kind of “regrettable turmoil”.