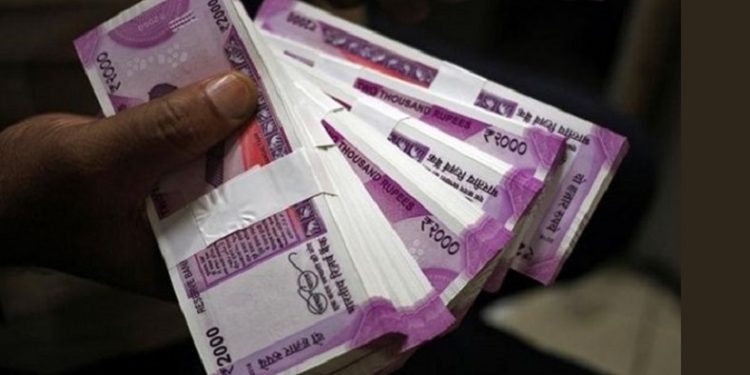 According to a media report, a big public sector bank has issued instructions to its senior management to keep the currency notes of Rs 2,000 denomination out of circulation.

The bank also issued instructions not to stock the Rs 2,000 notes at the bank’s ATMs.

However, as per the report, the bank continues to accept Rs 2,000 notes from its consumers who come to the bank for depositing the notes.

According to the report, the Reserve Bank of India (RBI) is yet to clarify the reason behind curbing the circulation of the notes.

The National Criminal Records Bureau (NCRB) has also revealed that 56 percent of all the Rs 2,000 notes seized were fake notes.

This has resulted in a decrease in the production and consequent supply of the denominated notes across the country, said the report.

The apex bank, as per the report, in reply to a Right to Information (RTI) enquiry said the printing of Rs 2,000 currency notes has been stopped since October 2019.

It is yet to be known whether the RBI would reprint Rs 2,000 notes with improved security measures or not, but the current notes are likely to be phased out soon, said the report.