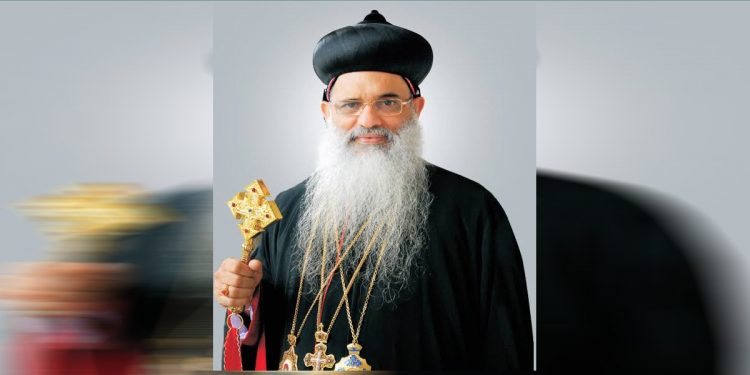 Marthoma Paulose II passed away at Saint Gregorios International Cancer Care Center at Parumala in Kerala’s Pathanamthitta district at around 2:35am.

He was suffering from lungs cancer since December 2019. He had recovered from COVID-19 earlier in February this year.

Marthoma Paulose II was born on August 30, 1946 as the second son of KI Iype of Kollannur house, Mangad near Pazhanji in Kerala.

Baselios Marthoma Paulose II was the eighth Catholicos of the East in Malankara and 91st primate on the Apostolic Throne of St Thomas.

Saddened by the passing away of His Holiness Moran Mar Baselios Marthoma Paulos II, the Supreme Head of Indian Orthodox Church. He leaves behind a rich legacy of service and compassion. In this hour of grief, my thoughts are with the members of the Orthodox Church. RIP.

Passing away of Supreme Head of Malankara Orthodox Syrian Church, H.H. Moran Mar Baselios Marthoma Paulose II is a great loss for humanity. His Holiness will always be remembered for his benevolence & his efforts for the welfare of the poor & downtrodden. May He rest in peace.

My condolences on the passing of the supreme head of Malankara Orthodox Syrian Church of India- His Holiness Baselios Marthoma Paulose II.

Along with his contributions as religious head, he will be remembered for his humanitarian work for the homeless. pic.twitter.com/FdSrioGPXp

Saddened by the passing of the supreme head of the Malankara Orthodox Syrian Church of India, Baselios Marthoma Paulose II, just [email protected] after recovering from #COVID19 . A man of infinite compassion& grace, he will be widely mourned. RIP. https://t.co/a5rSjldlo7 ? pic.twitter.com/ty7O2m85Mv