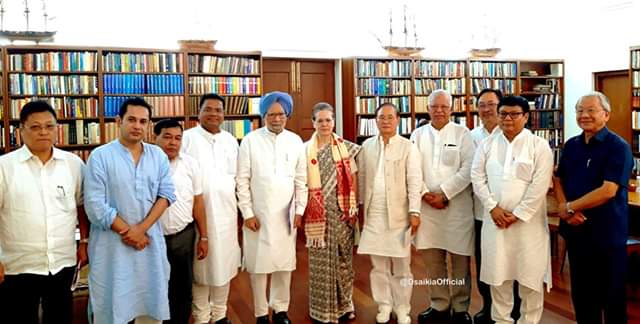 After hour- long chintan baithak with Congress leaders from Northeast, the All India Congress Committee (AICC) on Friday decided to strengthen and consolidate the Northeast Coordination Committee.

The decision was taken in a meeting between Congress interim president Sonia Gandhi and all the senior Congress leaders of the region including former chief ministers.

“We discussed the problems facing the NE states. Senior leaders from Northeast made presentations. We have decided to strengthen and consolidate the Northeast coordination committees. We have also decided to set up a permanent office in Guwahati,” said Congress secretary in-charge for northeastern states Luizinho Faleiro.

The meeting also discussed some other key issues including the National Register of Citizens (NRC).

Faleiro said the issue of NRC in Assam, was among the issues discussed at the meeting.

“We have also decided that we should meet and discuss periodically the problems of the north eastern states, which are growing and mounting. It has to be brought down and we have to come together in unity,” he said.

Faleiro said issue pertaining to the Citizenship (Amendment) Bill was also discussed threadbare at the meeting.