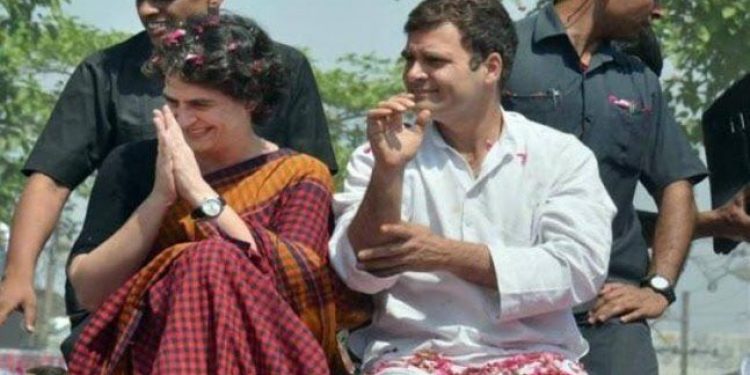 The move of the Congress has reflected the party’s intent to go full throttle in Uttar Pradesh ahead of the general
elections.

Debabrata Saikia, who is also the leader of opposition in Assam State Legislative Assembly, through his Twitter handle on Wednesday, has congratulated Priyanka Gandhi for marking her entry into active politics after being appointed as the general secretary of AICC for Uttar Pradesh East.

Informing about Priyanka’s entry in AICC, Rahul Gandhi on his Twitter handle on Wednesday stated: “UP is central to building a new hope filled & compassionate India. The new UP AICC team lead by Priyanka & Jyotiraditya, will herald the dawn of a new kind of politics in the state. We will offer the youth in UP a dynamic new platform to transform the state.”

Priyanka Gandhi on her Twitter handle on Wednesday stated that it is time to revive the bond between the Congress and Uttar Pradesh.

“The bond between INC and Uttar Pradesh dates back to the birth to birth of Pundit Nehru. It is time to revive the bond and unite the family of UP to fight the fascist divisive forces,” tweeted Priyanka Gandhi.

According to media reports, Priyanka will take over her new assignment in the politically crucial state — a Congress bastion till the mid-1980s — from the first week of February, a statement from the party said.

Priyanka Gandhi, who turned 47 on January 12, will assist Congress president Rahul Gandhi in the Hindi heartland State, which has 80 Lok Sabha seats.

Commenting on Priyanka Gandhi’s appointment as general secretary for Uttar Pradesh East, Rahul Gandhi reportedly said: “I am very happy that my sister Priyanka will assist me in UP in the Lok Sabha polls. She is very capable.”