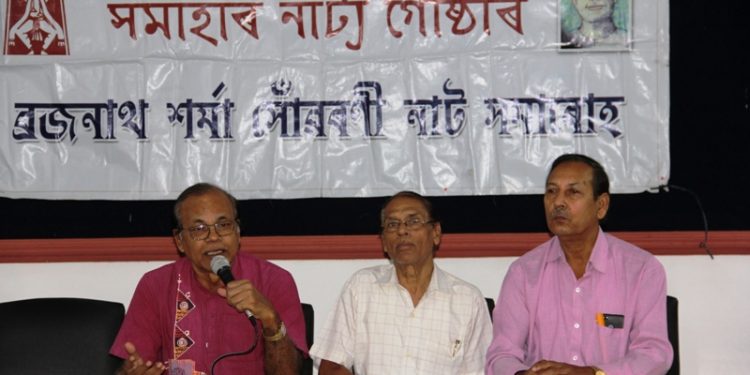 The six-day festival is being organised by the theatre group in association with Indian Oil Corporation.

“It is indeed a very happy moment for us to formally announce the programme of the festival. In the last 12 years, this festival has become a very important and landmark cultural event of the state. Now, it is a big responsibility on our shoulder to make it a grand success like the previous years,” said Lalit Sarma, president of the organising committee.

Since 2007, Samahar has been organising this annual theatre extravaganza in the hallowed memory of Brajanath Sharma — the father of Assamese moving (mobile) theatre.

He was the pioneer of modern Assamese theatre and had first brought women on stage to introduce co-acting in the state in 1933.

The festival will be inaugurated on Saturday (September 21) by veteran film actor and social worker Dilip Hazarika.

The souvenir of the festival Kohinoor will be released by eminent journalist Haidor Hussain.