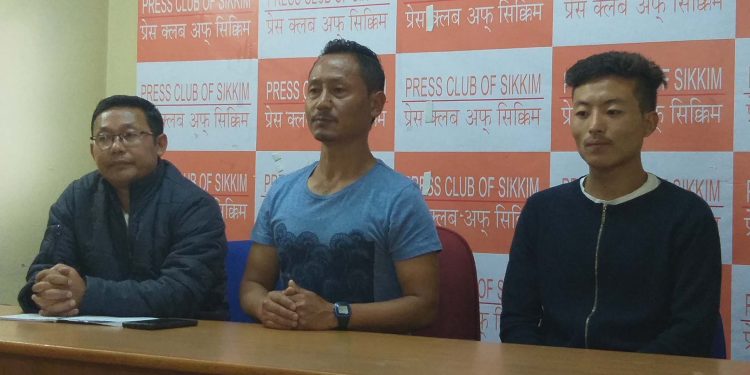 The ‘Marathon Man’ of Sikkim, Amar Subba, has announced his another ‘Charity Run’ from Singtam to Gangtok in East Sikkim to raise funds for ailing Bandana Limboo on May 5, 2019.

The run is being supported by the Press Club of Sikkim, Sikkim Limboo Youth Association and a group of students of Burtuk Degree College.

Bandana Limboo is from Chisopani in South Sikkim and is a student of Nar Bahadur Bhandari Degree College, Tadong.

She is currently undergoing treatment for Leukaemia (blood cancer) at AIIMS, New Delhi.

It may be mentioned here that Amar Subba has raised funds for different social organisations and ailing people through such charity run in the past as well.

While announcing his charity run in a press conference here on Sunday, Subba appealed to different organisations and individuals to come forward wholeheartedly to support this charity run through their contributions to support the expensive treatment of ailing Bandana Limboo.

He stated that the entire fund raised in the run will be handed over to Limboo’s family members for the treatment.

Subba will be joined by a few of his students in the run.

He appealed to the members of different organisations and individuals to be part of this cause by running with him during the run.

Sikkim Limboo Youth Association advisor GS Subba mentioned that many have been coming forward to support the treatment of Bandana Limboo and around Rs 5 lakh has been raised already by different organisations, individuals and students.

He informed that more Rs 5 lakh is needed for her treatment. He stated that to support the cause the organisation has been came forward to support this run.