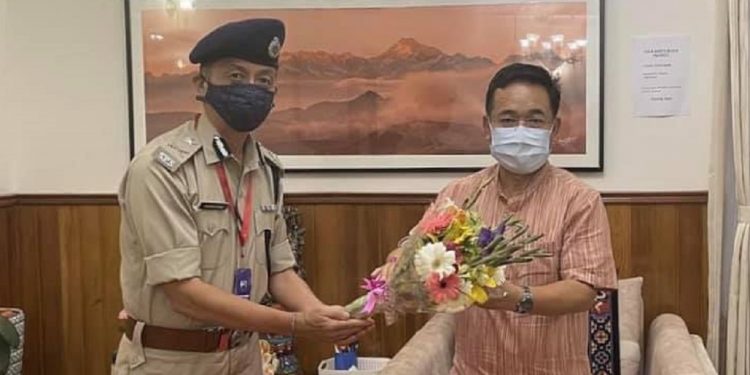 Sikkim has got its first Inspector General of Police (IGP) from the State Police Service.

Khilburna Gurung, a Sikkim Police Service (SPS) officer, has been promoted as IGP.

Thus, Gurung became the first SPS officer to hold the rank of IGP in the Himalayan State.

CM Tamang said: “Khilburna Gurung has become the first person from the Sikkim State Police Service (SPS) to be appointed as the Inspector General of Police (IGP). It is a momentous occasion in the history of Sikkim and I congratulate him on this significant achievement.”

CM PS Tamang further said that his SKM (Sikkim Krantikari Morcha) government in the State has been striving for betterment of SPS officers.

“Since the formation of our government, we have focused on setting new milestones and this achievement opens up possibilities for other State Police Service officers to attain greater heights in their career, which was not possible earlier. Previously SPS officers could only reach the level of Deputy Inspector General (DIG),” the Sikkim CM added.