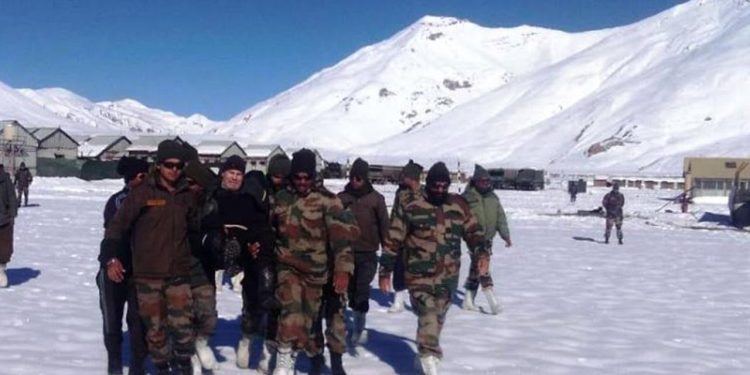 The Indian Army on Friday rescued more than a thousand tourists who had been stranded due to snowfall in East Sikkim.

As per reports, around 1500 tourists who were returning back in taxis after sightseeing on Nathula Pass had got stranded midway due to heavy snowfall.

Despite poor visibility conditions and bad weather, the Indian Army undertook rescue operations and took the stranded tourists to a safe place of shelter.

The rescued tourists were provided with food, shelter and medical care by the army personnel on Friday night.

The tourists were stuck in their vehicles in the area between Nathula and Tsomgo Lake along the Jawaharlal Nehru Marg due to heavy snow fall on Friday.

After being provided with warm hospitality, the tourists thanked the army personnel and later were seen having a good time with them.