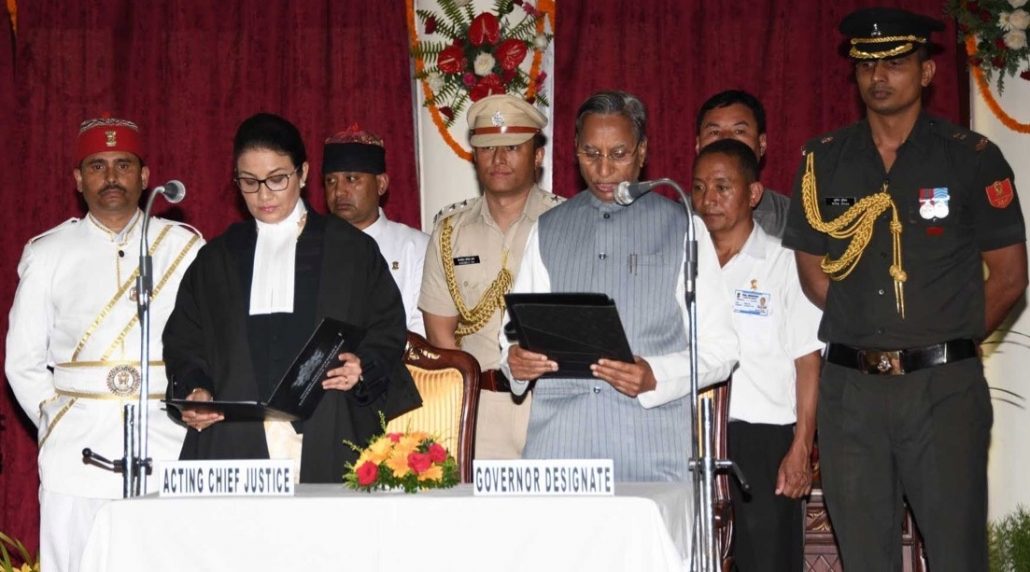 Acting Chief Justice of High Court of Sikkim, Justice Meenakshi M Rai has administered the oath of office to the Governor in the presence of Chief Minister Pawan Chamling, cabinet Ministers, Speaker of Sikkim Legislative Assembly and other dignitaries.

He was also the Leader of the Bihar Legislative Council for the ruling party during the earlier NDA regime.