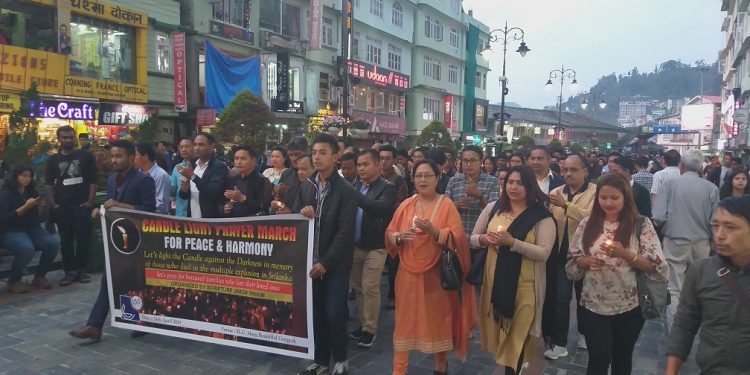 People of Gangtok have come together in a candle light prayer march for peace and harmony at MG Marg of Gangtok in Sikkim on Wednesday evening.

The event was organized by Scripture Union, Sikkim to offer prayers and homage to the people who lost their lives in the recent serial bomb blasts in Sri Lanka on Easter Sunday.

Members of different communities and religions participated in the prayer march, who took a round of MG Marg from district Control Room in MG Marg to Star Hall in New Market and back to the starting point with carrying candles.

On the occasion, they offered their prayers and heartfelt condolences to victims and their families and also prayed for the quick recovery of injured persons in theses blasts.