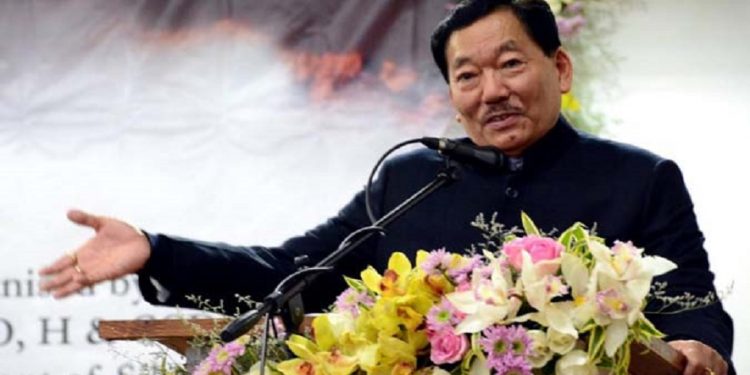 A review meeting of Sikkim Democratic Front (SDF) party was held at the party head-office of bypass road in Gangtok on Sunday.

The meeting, which was chaired by the SDF president and former chief minister Pawan Chamling, thoroughly reviewed various weaknesses and issues of the party related to the recently held elections in the State.

This was also the first central executive committee meeting of SDF party after the election.

SDF party president the future of the State would always remember the tireless works of SDF government for 25 years in leading Sikkim in the path of the development.

“Like Gupta era considered as the golden age of India, the history of Sikkim would take 25 years of our governance as the golden age for Sikkim as the people got respect and path of prosperity due to continuous works of SDF,” he said.

He added that Sikkim got the prominent place in the world due to the contribution of SDF government. He further added that the peace and security in the State has been possible only due to the positive and innovative leadership of SDF party.

On the same vein, he said, “We have to feel proud on being the workers of SDF party.” He encouraged the party workers not to get terrorise with the threatening and vandalism of the ruling party but to strongly oppose it. He mentioned that SDF party which has provided the peace and security to the people of Sikkim for 25 years also has the power to check the elections which has been trying to break the peace and security of the State.

Chamling stated that the people should not stay under the threatening and suppression of anyone. He stressed that SDF party should unite the people to give the identity of the people’s power.

He added that police stations and courts were for the people so they should not fear of anyone. He urged gram and zilla panchayats and councillors to continuously work in the interest of the people of Sikkim by following the principle of SDF party.