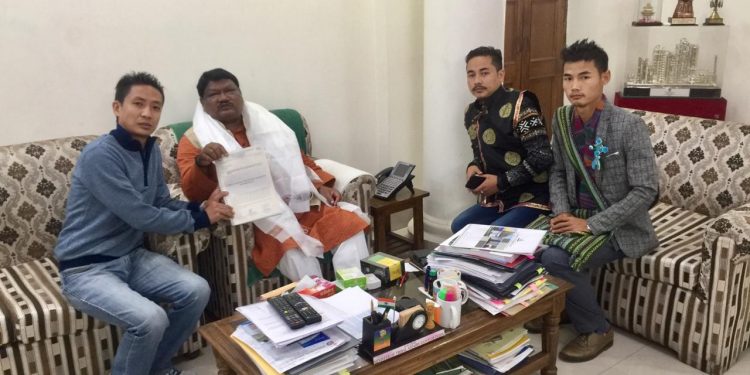 A team of Limboo Tamang Voluntary Committee (LTVC) of Sikkim has submitted a memorandum to the Union Minister of Tribal Affairs Jual Oram requesting for the passing of the Limboo and Tamang Scheduled Tribes Seat Bill in the coming Winter Parliament Session 2018.

A press release issued by LTVC informed that president Yehang Tshong, joint secretary Kishor Tamang and treasurer Susan Subba of LTVC called upon the Union Minister for Tribal Affairs, Jual Oram at his residence on Friday and submitted the memorandum.

The release informed that the Minister assured to look into the matter positively.

LTVC also visited MoTA Office and met Private Secretary to the Minister, Under Secretary and Deputy Secretary and had a brief discussion regarding the letter from MSJ&E addressed to MoTA pertaining to the Withdrawal of Limbu & Tamang (ST) Communities Land Protection Act Bill and decrease in government job reservation ration of Limbu and Tamang (ST) Communities from 15 per cent to 13 per cent by State Government of Sikkim, the release informed. It is added that the meeting with MoTA officials was very fruitful.

The release informed that LTVC requests Centre intervention regarding both matters and direct State Government of Sikkim to follow the orders of Central Government and restore the Land Protection ACT and restore the original job reservation ration back to 15 per cent in Sikkim related with LT (ST) Communities.

MoTA officials promised that MoTA will soon be writing to Sikkim Government regarding both the issues raised by LTVC, it is added.