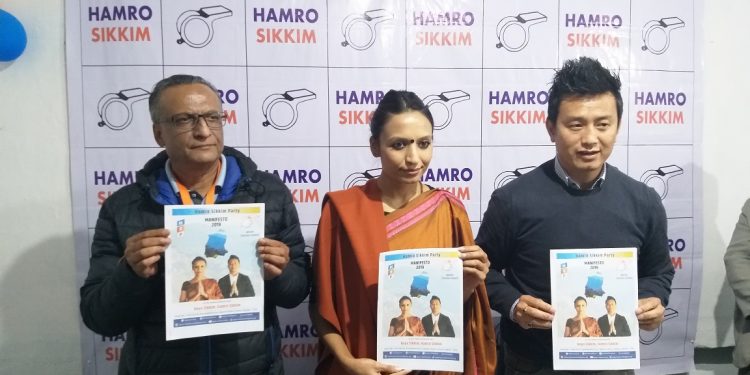 Hamro Sikkim Party (HSP) has released its election manifesto for the upcoming Assembly and parliamentary elections 2019 in the State on Wednesday.

Addressing a press conference, Bhaichung Bhutia stated that apart from development and political demands the manifesto also has social issues related to daily life of the people. He informed that the manifesto has also included 15-point universal right-based system which was linked with the development of the State.