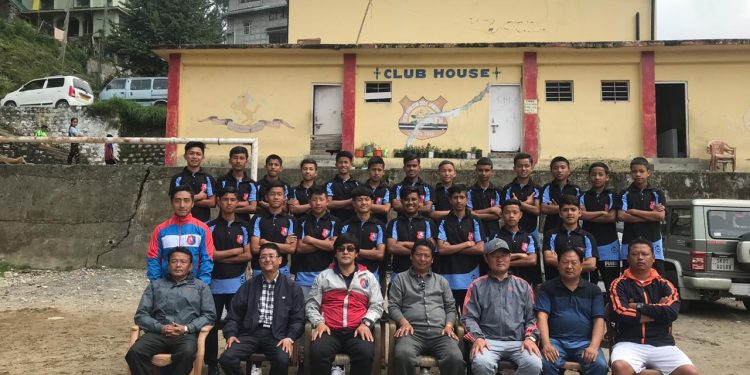 A 24-member Sikkim Himalayan Sporting Club [SHSC] is all set for the zonal round of U-15 Hero Junior League 2018-19 to be held in Kolkata.

Gangtok-based SHSC team will be leaving for Kolkata tomorrow for the zonal round of the league.

The team will be accompanied by coaches Mayal Dok Lepcha and Pranay Subba and manager Sonam Dadul Denzongpa.

Sikkim Himalayan SC has been placed in Group A along with Aizwal FC, Maximas Prime Sports and Rajasthan FC for the league round.

The league is organised by All India Football Federation. Sikkim Himalayan SC got the opportunity to play in the U-15 league following its two-star accreditation from the AIFF.

The Gangtok-based club earlier this year played in the U-18 Youth League of the AIFF.

Team coach Pranay Subba stated that the team was well prepared for the league.

“SHSC has always been giving opportunity to the best talents from across the State in such prestigious tournament with an aim to promote our local talents in the national platforms. So for the same reason, we did not select the players only from our academy but giving chance to talented footballers from other parts of the State,” he said.

Sikkim Himalayan SC will take on Aizwal FC in its first match on 3 May, which will be followed by another match against Maximas Prime Sports on 5 May 5 and finally with Rajasthan FC on 7 May.