Shillong: Them ïew Mawlong issue lingers even after one year of violent protest 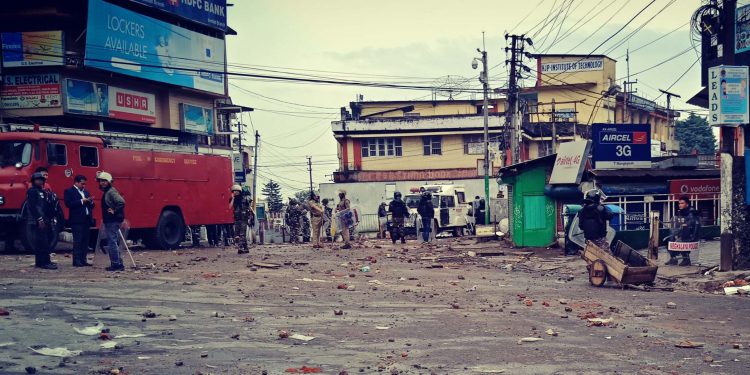 One year ago on May 31, violent protest occurred at Motphran area which led to the renewal of the pending demand to relocate genuine settlers from Them ïew Mawlong in Shillong, but the Meghalaya government has not been able to solve the issue.

On Friday, the incident completed one year, and the Shillong Municipal Board has started the second round of verifying the residents residing at Them ïew Mawlong (Sweepers’ Lane).

The Board started the process based on the instruction of the High Level Committee headed by Deputy Chief Minister, Prestone Tynsong.

The Committee was constituted by the State government in June last year after the incident and a number of meetings have been held and discussed about how to find feasible solution to solve to the pending issue of shifting the settlers from Them Ïew Mawlong.

Amid tight security, the process started with the distribution of public notice to all those residing at the area. There were residents who received the notice, and there are also houses that were put under lock and key. In such houses, the notice was pasted on the front door. 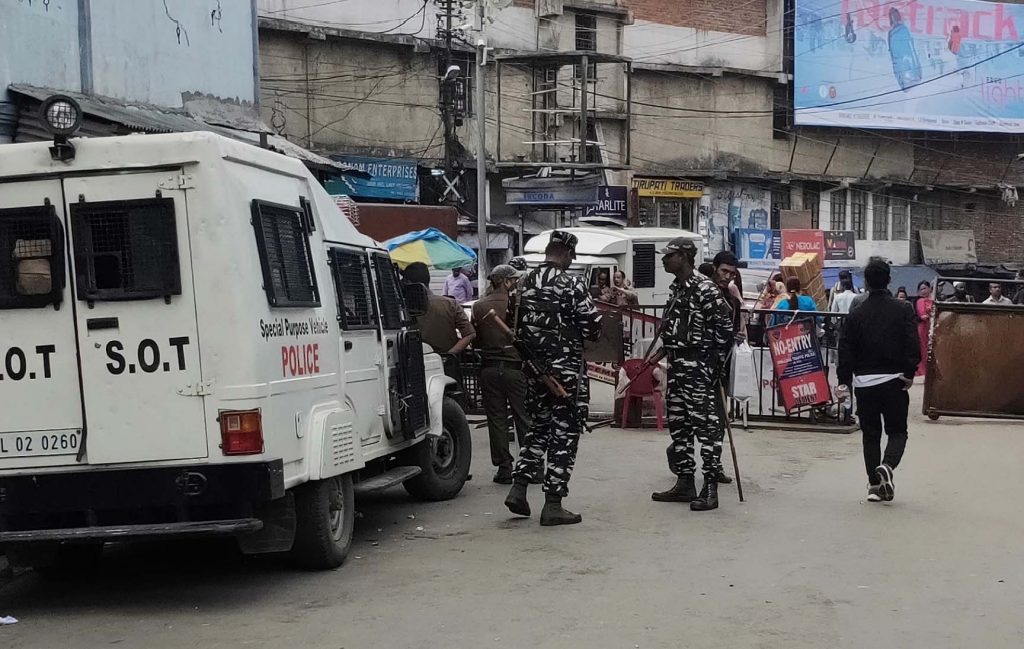 District magistrates and police were present, and the public notices were printed in both English and Hindi.

The High Level Committee had asked the Shillong Municipal Board to again carry out this process in order to give one more opportunity to those residing at Them ïew Mawlong to prove that they are genuine settlers.

Section 144 CrPC prohibiting assembly of five or more persons within a radius of 2 km of Motphran and Them ïew Mawlong.

The public notice said that all those claiming to be residents of the area should furnish information regarding their possession of either a piece of land, building structure, and the period of their occupation at Them ïew Mawlong. They should also provide documents to support their claim.

The notice said that all residents should come forward and furnish the information to the Shillong Municipal Board office from June 3 to July 3 between 10 am to 5 pm during working hours.

Last year, the first round of verifying the residents was carried out in the area, and it was found 128 persons working with the Shillong Municipal Board, and 56 employees working with other government departments are residing at Them ïew Mawlong.

The violent agitation broke out on May 31 night last year after a quarrel broke out in the morning of May 31 between a bus driver and a lady residing at Them ïew Mawlong. They were arguing over the parking of a bus there.

Following the quarrel, the bus driver and two other persons were allegedly assaulted by some men in the area. This led to violent agitation at Motphran and Mawkhar area on May 31 night where mob clashed with security personnel and pelted stones at them.

Till today, one road that passed through Them ïew Mawlong has not been opened since last year.