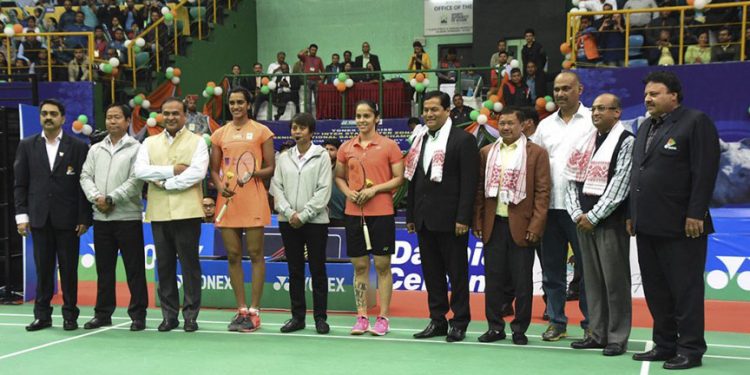 Indian badminton champion Saina Nehwal on Saturday registered her fourth victory at the 83th edition of the Senior Badminton Nationals in Guwahati and lifted the women’s singles crown after defeating PV Sindhu.

It may be mentioned that PV Sindhu had clinched the trophy twice in 2011 and 2013.

Both the star badminton players of the country had earlier battled it out in the final of the last edition of the tournament in Nagpur as well. In last year’s game also, Nehwal came out victorious.

In the first semifinal of the Senior Badminton Nationals 2019, PV Sindhu registered a clinical 21-10 22-20 win against promising 19-year-old Ashmita Chaliha from Assam.

On the other hand, Saina Nehwal stormed into the final of the tournament with a 21-15 21-14 win against Vaishnavi Bhale, who had been a part of the Indian Uber Cup squad as well last year.

The report quoted PV Sindhu as saying ahead of the final: “It will be just another match and I don’t think it will help me for All England, I will just look to focus and give my best.”

Meanwhile, Sourabh Verma, completed a hat-trick of titles at the 83th edition of Senior Badminton Nationals, after defeating young Lakshya Sen in straight games on Sunday.

Twenty-six-year-old Sourabh Verma, who had won the title in 2011 and 2017, showed great composure and tactical brilliance to outdo the 17-year-old Lakshya, who is an Asian junior champion, 21-18 21-13 in a lop-sided contest.