Ri-Mita Bolsabi, which produces short films and documentaries, has added another feather to its cap.

The film, Legacy of King Narak has been awarded the second place in Director of the Month category of the December edition of the 12 Months Film Festival, Cluj-Napoca in Romania.

The film is directed by Satyakam Phukan, a doctor based in Guwahati. This is the fourth film of Ri-Mita Bolsabi production house to be awarded in any international film festival. 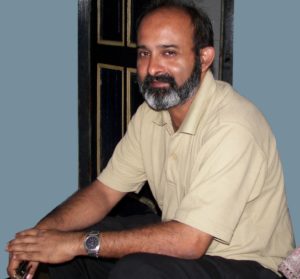 Legacy of King Narak, tracks how in Goa and Kerala, Narak is looked upon as a demon king in those parts but in Assam he is referred to as king along with Ban Roja, ruler of the kingdom of Sonitpur, and Bhaga Dutta successor of King Narak.

In fact King Narakasur is said to be the founder of Kamrup, the country by which name Assam was known earlier and the tracing of all dynasties which ruled this region to King Naraka and his successor Bhagadutta.

The 26-minute film brings to light known and little known facts about the king or asura believed to date back to the mythological era.

The Narakasura hills in Guwahati atop which a 2.5 km long brick rampart in ruins runs but is yet to be excavated, the Rajgarh road which was once known as Asur Ali and joins Chandmàri to the Narakasura hills, the various institutes still in existence in Narakasur’s name, invocation of his name along with Ban Roja and Bhagadutta in the college song of Gauhati Medical College and Hospital, are some of the highlights of the film.

What piques the interest is how the stage shifts from Assam to ancient Mesopotamia, the cradle of all civilizations and attempts to establish a link with Iran and the ancient Assyrian and Persian civilisation.

It was in Assyria that the main God was named ashur and most of the kings there added this to their names, the film states along with a depiction of an ancient wall carving.

The question remains unanswered as to whether it was from those parts that Narakasur had wended his way to establish the kingdom of Kamrup here. The velar fricative, xa, was also spoken in Persia but nowhere in the Indian subcontinent.

Two other kingdoms in Thailand and Malaysia are also said to be founded by Bhagadutta.

Did Kamrup’s power and glory spread that far and even to Goa and to the south where the demon king Narakasur had once ruled?
These are some of the interesting questions thrown up by the film which needs further research. Phukan’s Garbage Bin Meals also stirs the soul with images of the abandoned scavenging for food in garbage bins along with street dogs.