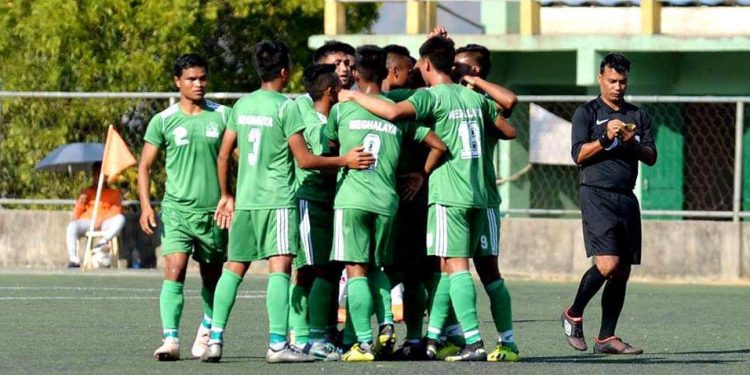 The Meghalaya soccer team cruised into the final round of the Santosh Trophy after a 1-0 win over Mizoram in the North East Zone qualifiers held at Aizawl on Friday.

According to information, Meghalaya won the match with by 1-0 against Mizoram with the goal from Kynsaibor.

It may be mentioned that the Meghalaya Football Association (MFA) selected a 20-member squad for the Santosh Trophy North East Zone qualifiers drawing from Ri-Bhoi and Khasi-Jaintia Hills.

Earlier, Meghalaya drew with Tripura and Mizoram in Group A. In Group B there are four teams – Manipur, Assam, Arunachal Pradesh and Nagaland.

According to reports, Assam earned full points against Arunachal Pradesh in the league matches of the North East qualifying round of Santosh Trophy at Aizawl on Friday. Assam won by 2-1.

The Shillong Lajong FC through its official Twitter handle has congratulated the Meghalay team for cruising into the final round of the Northeast Zone qualifiers of Santosh Trophy tournament.

Meghalaya has cruised to the final round of the Santosh Trophy after a 1-0 win over Mizoram today in the North East Zone Qualifiers.
Goal from Kynsaibor.

Congratulations and all the best for the Final Round ?#SantoshTrophy