Sacred Forest: Its role on environment

The north-eastern region of India is known for its sacred forests.

These forests are known by different names in different states.

These forests are protected vegetation and are integral part of our social system.

In general context, the sacred forests is a piece of land associated with local deities, rituals and taboos.

There are many societies in the Northeast that continues to practice many forms of nature worship.

Each forest systems are unique with regards to cultural and ecological aspects.

Of late, degradation of these forests has taken place and that is becoming a major concern as it endangers our environment.

So, it is necessary to understand the role of our traditional practice vis a vis its relation to conservation of environment.

As per literature in north-eastern region there are 865 such forest covering a total area of approx. 27082.42 hectare constituting 70 per cent of total area covered under sacred forests in India.

Various ethnic groups of north-eastern India have preserved and protected several forest patches and even individual trees or animals due to their traditional belief and respect for nature. 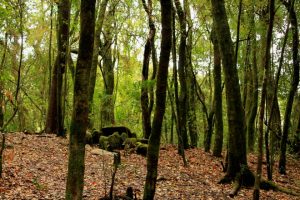 Many sacred groves are reported from the states of Meghalaya, Sikkim, Manipur, Arunachal Pradesh and from Karbi Anglong area of Assam.

The forest dwelling tribes such as Bodo and Rabha, inhabiting the plains and foothills of western Assam have the traditions of maintaining sacred groves.

In state of Arunachal Pradesh, sacred forests are managed by Lamas and Mompa tribes attached to Buddhist monasteries and are known as Gompa Forest areas (GFAs).

Similarly, in Sikkim 35 such forests are reported.

These forests are attached to local monasteries (Gumpas) and are managed by Gumpa authorities, Lamas or village authorities.

365 such scared forests (Umanglai) are also reported from the state of Manipur.

The local people follow ancestral worship and animism in the form of deity worship, with the central focus of worship on forest patches which signify sacred groves. 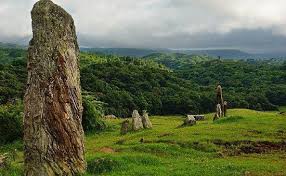 In Meghalaya 79 such forests are reported.

Throughout the world there used to be ancient practice to mark certain areas as protected all activities were restricted within it.

These areas were associated with religious beliefs and made sacred.

These sacred forests are nothing but areas that are undisturbed for very long period of time.

The protected vegetation serves as repository of indigenous flora and fauna resources and is maintained by local communities in sustainable manner.

These forests are home to many medicinal, endemic, endangered and rare species and as source of seed dispersal.

It has been observed that degradation of forests particularly in tropical zones due to anthropogenic activities is the major cause of decline in bio diversity and ecosystem services.

Apart from the flora and fauna these forests have a significant role in conserving our land and water resources.

These vegetations play a big role in filtering nutrients and restricting sediments from entering our river systems.

One of the major reasons for frequent floods and also landslides in the region is due to erosion and reduction of water carrying capacities of rivers due to deposition of sediments.

These forests also increase infiltration opportunity time to runoff and increase the storage in soil system.

The flow generated from these forests contributes to large amount of nutrients that originate outside the system (that is deposition between two storms) together with nutrients from plants (e g, leachates, exudates, and decomposition products). It contributes to around 90 per cent of annual nutrients released by leaching from plant.

The decay of plant matter accumulation produces soil organic matter that has enormous influence on nutrient and transformations in soils.

Soil organic matter can restricts the percolation of dissolved nutrients through its ionic characteristics hydrogen and molecular bonding, and non bonding  processes. 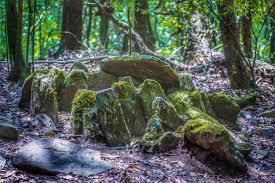 Soil organic matter often contributes the majority of ion exchange capacity in soil even when it occurs in amounts as small as a few percent of soil mass.

These organic matters retained in the soil are reversible in nature  and often represent temporary storage until they are absorbed and assimilated by plant roots and soil microbes, are re-dissolved by a change in soil conditions (e.g., pH, Eh, or are displaced by mass input of other dissolved minerals and organic compound.

These organic matters also immobilize many pesticides and are subject to degradation by microbes that cannot produces it own food and thereby decompose plant litter.

By these processes the land resources are conserved and enriched.

This undisturbed vegetation has significant influences on hydrology of overland flow.

The resistance offered to flowing water on vegetated slopes are much higher than that of bare slope.

As the size of vegetation increases its impact is magnified.

The resistance increase the time required by the flowing water to reach the nearby rivers delaying the peak flow (technically known as attenuation of peak) thereby the floods.

This implied vegetation stems could decrease the ability of overland flow to carry and transport sediment.

The reduction of flow velocity attenuates the peak flood values there by protecting the destruction of downstream resources.

Various studies have reported that when a storm occurs only two to three per cent of water forms part of runoff from vegetated land as compared to 52 per cent from non-vegetated land.

This infiltrated water moves in the soil as lateral flow and joins the stream network very late (technically known as base flow).

Due to this base flow stream flow is available for use even during late non rainy season.

Similar effects are observed in springs in the hilly areas that are directly related to the water retention volume of the forest cover.

The 52 per cent of runoff generated from degraded land/ non vegetated land contributes to natural streams in very less time resulting into a situation we say it as floods.

These vegetation influences stream water quality in many ways, from direct nutrients chemical uptake and cycling by live plants to indirect influences of plant debris on soil and channel chemistry, water movement, and erosion.

These influences are exerted both within the riparian zone and in adjacent stream channels.

Some of them improve water quality (e g, uptake and denitrification of excess N) and some do not (e g, anaerobic mobilization of methyl-mercury and dissolved P into stream water).

Through a broad range of processes, vegetation exerts substantial influence over the riparian zones have on water chemistry.

There is a clear linkage between aboveground and belowground tree effects on hydrology and nutrient cycling.

The nutrient cycling contributes to increases in soil chemical, biological, and hydrological heterogeneity.

Deep infiltration of stemflow (the flow that takes on the surface of tree trunk) through preferential flow pathways aids trees in withstanding droughts, while nutrient fluxes delivered in stemflow augment the quantities of available nutrients in the root zone influenced by soil microorganism.

This coupling of aboveground and belowground processes represents an important internal nutrient cycling mechanism inherent to forest ecosystems, particularly for potassium and nitrates (NO3).

The biodiversity is key aspect in keeping ecological systems in equilibrium state making it sustainable.

This sustainable system is important aspect of human survival.

It is now our duty to maintain these traditional practices so that our environment is protected and threats to human survival are reduced.

Preservation of these resources will also attenuate the impact of climate change that is endangering many species in the world in general and in this region in particular.

Bharat Chandra Kusre is a  Professor at  College of Agri Engg and PHT, Central Agricultural University, Ranipool, (E) Sikkim and can be reached at [email protected]