RSS-linked LRO on with its tirade against Christianity in Meghalaya

Led by Vinay Joshi, a former RSS worker, the LRO, during the last five days, has initiated a series of actions to keep churches and the Christian population of Meghalaya under pressure.

On Wednesday, the LRO demanded for immediate removal of Bible quotes from the Mawphlang CHC in the East Khasi Hills district.

In an email message, the RSS-backed organization has written to Meghalaya Chief Secretary, Health Secretary and the Deputy Commissioner of the district to remove Bibles from the health centre.

“In a state like Meghalaya where almost 25% of the population is non-Christian, extreme Christianization of government apparatus is alarming,” the LRO email sent to the Meghalaya government, said.

It is still not understood as to why the LRO has suddenly launched its campaign against the Christians in Meghalaya.

But, it is presumed that the LRO onslaught in reciprocation to the Jaintia Students Union forcing the NIT Meghalaya authorities to remove a Ganesh idol from its administrative building.

“…and government has to find out solution to inculcate importance of religious and cultural pluralism and diversity on people of Meghalaya,” Vijay Joshi said. 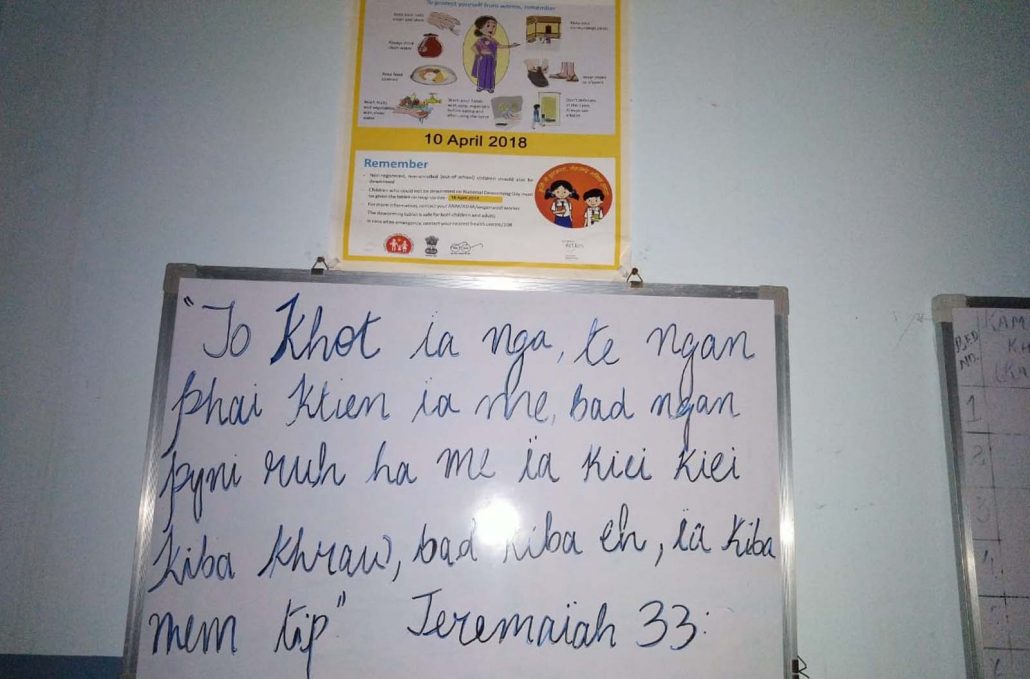 “This is alarming situation and very much objectionable with reference to principle of secularism guaranteed by Indian Constitution,” the LRO claimed.

The LRO leader claimed a Bible verse from 33rd chapter “Jeremiah” was written on hospital notice board at Mawphlang CHC.

“It is highly outrageous act as Khasi Hills have considerable population of followers of indigenous religion Niam Khasi,” Vinay Joshi said, demanding immediately removal of the board from the CHC.

The organization reiterated its demand for inspection of all government run health facilities and to remove all religious symbol, statue, idol, posters to strictly maintain secular nature of government institutions.

On October 6, the LRO had urged the union housing & urban affairs minister Hardeep Singh Puri not to allot land to Presbyterians to build a church in New Delhi.

The LRO had told the union minister about alleged ‘intense persecution of Niam Khasi followers’ by radical Presbyterians in Meghalaya.

The LRO also alleged the said student union was provoked by Presbyterian Church leaders forcing the NIT administration to remove the Ganesh idol.

On October 5, the LRO had demanded removal of Holy Bible from Shillong Civil Hospital.

“To place the Bible near a patient’s bed and forcing the non-Christian’s to read it for a medical cure is a gross violation of personal liberty,” the LRO had said.

Again on October 7, the LRO had written to East Khasi Hills district administration seeking action against the “culprits” involved in the destruction of Niam Khasi place of worship at Khongthong village.

The LRO had also threatened to move Meghalaya High Court if no action was taken against the perpetrators at the earliest.

Following the incident, the LRO, had filed complaints with the East Khasi police as well as the district administration seeking action against the culprits involved incident.

Joshi, who is based in Ratnagiri district in Maharastra, complained that the authorities did not initiate any action.

“In case you fail to arrest and prosecute the militant religious elements, we would be forced to approach Meghalaya High Court to seek justice in this regard,” the email message read.