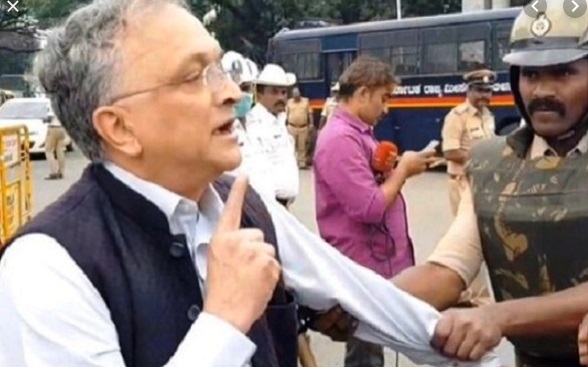 Guha was on Thursday detained by police in Bengaluru.

“To make two things absolutely clear. The immediate withdrawal of the NRC is a necessary first step to restore trust and heal the nation,” Guha said in a tweet.

Branding the CAA immoral and against the spirit of the Constitution, Guha admonished that a wise and just government would withdraw it too.

Guha said Prime Minister Narendra Modi must immediately announce that there is going to be no NRC.

“That simple (removing NRC) and single announcement will do more to restore peace and trust than anything else. The country needs a healing touch and from the top,” said the author of the India After Gandhi.

Guha was on Thursday detained by police in Bengaluru while he was registering protest in the tech city against the citizenship law.

The city police detained Guha at the Townhall centre for violating section 144 CrPc.

Guha was later let off, after the police served him lunch, along with several other protesters.

Though many policemen who detained Guha did not know that he was an eminent critic and historian, assistant commissioner of police K Gouda said the police later got to know his importance and took good care of him.

Earlier, on Monday night, Guha joined hundreds of protesters at the Townhall centre in Bengaluru to protest the CAA.

He said, “We want democracy, we want pluralism.”