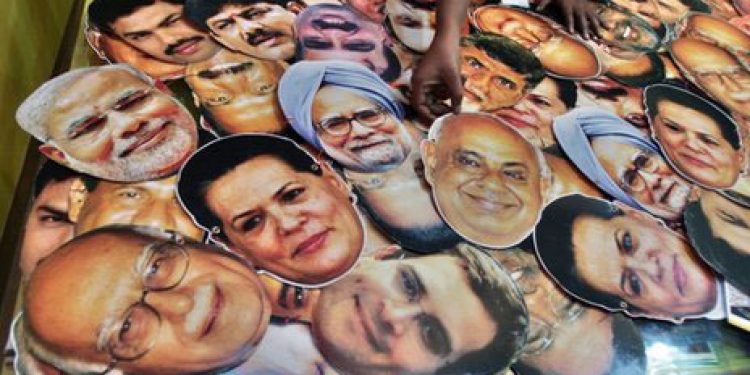 Some people have no shame. If they had any they have already eaten it up. Otherwise how could they stoop so low? In our childhood, politicians were people to be idolized. They didn’t visit us too often. But when they came, we went to see them in groups. They were people like Bishnuram Medhi, Mahendra Mohan Choudhury, Hem Barua, Gourishankar Bhattachary and Sarat Chandra Sinha and the likes.

The most respected, educated and well clothed people in the area accompanied them in their visits.The public discourse then was learned and full of civility. We learned many unknown things from them. As if their presence lightened up our place.  When they had left, they also left their footprints. We imitated their way of speaking and the way they paused between sentences.

We, the common folks idolized them. If you don’t believe me read the following:

“Wherever I have been, vast multitudes gather at my meetings and I love to compare them,their faces,their dress,their reactions to me and what I say.Scenes from past history of that very part  of India rise up before me and my  mind becomes a picture gallery of past events.But more than the past,the present fills my mind and I try to probe into the minds and hearts of these multitudes. Having long been imprisoned in the Secretariat of Delhi, I rather enjoy these fresh contacts with the Indian people……The effort to explain in simple language our problems and our difficulties and to reach the minds of these simple folks is both exhausting and exhilarating.

As I wonder about, the past and present merge into one another and this merger leads me to think of the future.   Time becomes like a flowing river in continuous motion with events connected with one another.”

How beautifully said! Can someone say this without a deep feeling and understanding? Do you know who wrote this? This was written by our first Prime Minister, Jawaharlal Nehru, on his election campaign to a friend of his which I have reproduced here from Ramachandra Guha’s book ‘India After Gandhi’ from page 143.

This was the stature and understanding of our leaders then.  The state leadership was also inspired by people like Nehru and others. We didn’t know who our parents voted for, but in those days the time of elections was a great and exciting time for us.

And what have we seen now? The election campaign has turned increasingly toxic.  It has stooped so low. When air around us is polluted we use protective mask to breathe. But what shall we do to protect ourselves and our younger generation from such toxic public narrative? It seems we need some protective armour. Here it could be the armour of civility, decency and good manners. I shall comeback to that a little later. But why are they doing it? Are they doing it naively or is there a design to it? Politicians, most of them are very unscrupulous these days. They don’t do a thing without a motive. They know that once a toxic environment is created, everybody will join in and try to make it more toxic and the trivial issues will replace the real issues. The real issues will be pushed to the background if the personal bickering dominates the fore.

When such tasteless and indecent things are brandished publicly, the election debates reach a level a soap opera. It becomes a spectacular circus for people’s entertainment.  The man on the street joins it to get thrilled without knowing its practical implications. They forget that the leaders they choose may change their life for better or worse. We have been witnessing this in newspaper coverage of election campaign these.

These have also become the staple food for television debates and discussion.This is obnoxious and most unfortunate. The public debates and discourse have become so ugly that there is almost nothing for an inquisitive young mind to learn from them. If anything at all they have to draw negative lessons from such public discourse. They have to say to themselves, “No we can’t do this. We shall not do this. This is not the way public debate is conducted.”

This could be their protective armour to save them from toxic public discourse.I am not saying this for jest.I am saying this seriously. May be our political scientists should also train our youngsters on this.  This political skullduggery must stop. There has to be some limit to political expediency too. This doesn’t augur well for a democratic polity. Personal integrity of the candidate is of course an issue. But, besides that the debates and discussion must be on track.

In general elections the issues of national importance should be at the centre stage of election campaign. When the political opportunists try to derail debates with such trickery, the well meaning journalists and public spirited people should guard the public debates.

They should focus on issues of national importance and direct the debates toward the report card of the ruling party and their functioning and performance and the salient features of the manifestos of the other political parties. People should be involved and engaged in such discussions and debates and in the process they should be sufficiently informed and educated so that they can cast their votes judiciously and more conscientiously.