Rajnath to meet NE CMs on Friday over Citizenship Bill 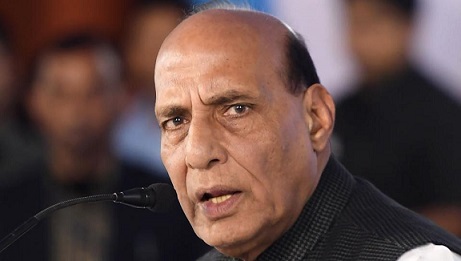 The Union Home Minister Rajnath Singh has called for an urgent meeting with all the Chief Ministers of the Northeastern states on Citizenship Amendment Bill on Friday.

The meeting will take place at the North Block at 3 pm. Such a meeting was earlier convened by Rajnath Singh himself after unrest erupted in Northeast following government’s decision to pass the controversial bill.

In a recent meeting with Meghalaya Chief Minister Conrad Sangma, Singh had said that Home Ministry would convene meeting of all Chief Minister of Northeastern states at the earliest.

A few BJP ruled states and BJP-supported state governments have openly opposed the Citizenship Amendment Bill. Manipur and Meghalaya have opposed the bill.

Sources said that Azad cleared the Congress’ and its UPA allies view during the all-party meeting that took place at the Vigyan Bhawan annexue ahead of the last budget session of the present government.

Azad in a meeting with Assam MPs at his residence on Wednesday had assured the members that “Congress will oppose the Citizenship Amendment Bill if tabled, in Rajya Sabha.”